More reports on: In the news, World economy

India has demanded that the United Nations slap sanctions against the new Taliban leader, Mawlawi Haibatullah Akhundzada, in Afghanistan, saying it is ''sheer folly'' that the leader of a proscribed entity is not yet designated as a terrorist individual. 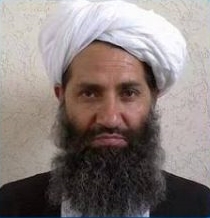 ''It is sheer folly that the leader of a proscribed entity is not yet designated as a terrorist individual,'' India's Permanent Representative to the UN Ambassador Syed Akbaruddin said at a Security Council debate on the UN Assistance Mission in Afghanistan (UNAMA) in New York on Tuesday. Supporting New Zealand's position that the anomaly should be corrected, Akbaruddin said the new Taliban leader should be sanctioned.

The Taliban had named Akhundzada, a cleric in his 50s, as its new leader after Mullah Akhtar Mansour was killed in an American drone strike last month.

The US State Department's deputy spokesperson Mark Toner had said in a press briefing that Akhundzada was not on any kind of a terrorist designated list.

Akbaruddin further emphasised that groups and individuals perpetrating violence against the people and government of Afghanistan cannot have safe havens and should not be allowed to exercise control and wield influence over any part of Afghanistan's territory.

''This, in our view, is critical for lasting peace in the country,'' he said adding that effective implementation of the Security Council sanctions regime including the 1267 ISIL/al-Qaeda sanctions and 1988 Taliban's regime should also be carried out ''consistently and with perseverance'' for it to serve as a strong deterrent to the listed entities and individuals.

Previously, India has slammed the UN sanctions committee for taking a ''selective approach'' in tackling terrorism when a technical hold was put on its application to include the name of Jaish-e-Mohammad (JeM) chief Masood Azhar on the committee's list of designated terrorists.

India had said in April that it finds it ''incomprehensible'' that while the Pakistan-based JeM was listed in the UN Security Council Committee as far back as 2001 for its known terror activities and links to the al-Qaeda, the designation of the group's main leader, financier and motivator has been put on a technical hold.

Akbaruddin stressed that the Security Council needs to look into the deteriorating security situation in Afghanistan and the means to contain it as it could pose serious threats to the gains made by the people of Afghanistan in the last 15 years.