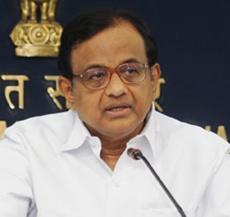 Making another strong pitch for setting up a central counter-terror body, the union home minister P Chidambaram said if it was delayed, it would increase the risk to the country.

Chidambaram said, given the gravity of the situation (terror threat), everyday the NCTC was delayed it increased the risk.

He added the threat perception of terrorism in the country continued to be high and a strong institutional mechanism was needed to tackle it.

His remarks come against the backdrop of opposition to the setting up of such a central body by a number of non-Congress chief ministers during a special meeting of CMs in New Delhi on the issue on last Saturday.

Replying to the consultative committee members in a meeting today, Chidambaram said Naxalism and insurgency in northeast were now assuming dimensions bordering on terrorism and an institutional mechanism to deal with it was the need of the hour.