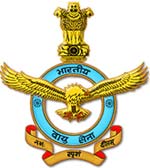 He said the new generation fighters would be equipped with super cruise capabilities, missiles, ''smart'' weapons and also would be network-centric warfare platforms.

In a written reply to a question in the Lok Sabha, the minister said officials from Hindustan Aeronautics, IAF and the Russian Sukhoi design bureau would meet to prepare a detailed project report on the new fighters.

Antony also said at a meeting that the delivery schedule, cost of development and cost sharing would also be worked out.

New Delhi was seeking to enhance its air power capability through the development of such aircraft, he added.