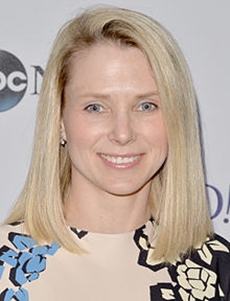 The London-based company, whose business interest include media, energy, education, insurance, and property, would be interested in Yahoo's news and media properties, the report said.

A possible bid by Daily Mail could take one of two forms, the report said. In one scenario, a private-equity partner would aim to acquire Yahoo's entire US operation, with the Mail taking over the news and media properties. These assets include verticals such as Yahoo Finance and Yahoo Sports plus Yahoo News and a video operation whose big star is Katie Couric.

In the other scenario, the private-equity firm would acquire Yahoo and merge its media and news properties into a new company that would include the Mail's Web properties, DailyMail.com and Elite Daily, which would give the Daily Mail a larger equity stake than under the first scenario, the report added.

The faded internet pioneer launched an auction of its core business in February after it shelved plans to spin off its stake in Chinese ecommerce giant Alibaba Group Holding Ltd.

Activist hedge fund Starboard Value LP, which owns about 1.7 per cent of Yahoo, last month launched a proxy fight in an attempt to overthrow the entire board of Yahoo, including CEO Marissa Mayer (See: Activist investor revolts against Marissa Mayer and Yahoo board).

Yahoo, whose shares have fallen about 30 per cent since the end of 2014, has been under intense pressure from investors to revive its revenue growth

Earlier this year, Yahoo cut 1,700 jobs or 15 per cent of its workforce, and closed online video hub, which it had once envisaged to be a rival to Netflix and YouTube.

Despite being an early leader in internet search, Yahoo had failed to consolidate its lead and fell behind rivals Google and Facebook who have captured a major chunk of online and mobile search and ad markets.

Daily Mail is just one among about 40 suitors such as Microsoft, Verizon, IAC/InterActiveCorp, CBS Corp, Time Inc, private-equity firms TPG and KKR & Co, who have expressed interest in the Web portal

Yahoo has set an 18 April deadline to submit preliminary bids for its web business and Asian assets.