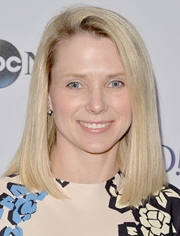 Microsoft Corp is reported to be in talks with Yahoo Inc investors trying a buyout of the troubled internet pioneer and may even contribute financing to the potential buyer. Microsoft officials are currently engaged in early talks with potential Yahoo investors about financing a buyout, report cited sources close to the development as saying.

Microsoft Corp is reported to have met with possible bidders for Yahoo such as Verizon Communications and private equity firms, who may seek backing from the software maker for their offers.

Amid rising pressure from investors, Yahoo last month announced that it was putting itself for sale and was laying off thousands of workers. Yahoo said it hired financial advisers and told independent board members to explore its strategic options, taking steps to transform itself and consider deals.

Microsoft, however, has longstanding business relationship with Yahoo. The two internet majors have search and advertising agreements, and the talks with any potential buyers could only be preliminary, sources added.

Yahoo, which is struggling to keep up with Google and Facebook in the battle for online advertisements, is auctioning its core internet business, which includes search, mail and news sites and it is under shareholder pressure for it.

Reports say private equity firms interested in Yahoo have approached Microsoft over financing the acquisition. Microsoft, however, declined to comment.

Hedge fund Starboard Value LP, which has already successfully pressured Yahoo to abandon its planned spinoff of its Alibaba stake, has been pushing Yahoo to sell its core business.

Starboard which has been leading a shareholder push to overthrow the entire board of Yahoo Inc, accuses Yahoo of lackadaisically engaging with potential bidders. The hedge fund says it ''cannot envision a scenario where the shareholders of Yahoo would entrust the current management team and board.''

Microsoft has for long been interested in Yahoo and even made unsuccessful bid way back in 2008 to acquire the internet pioneer for $45 billion, it is not known whether it would make another bid now.

In 2008, then-CEO of Microsoft, Steve Ballmer, had tried unsuccessfully to buy Yahoo for about $45 billion.

US wireless carrier Verizon's chief financial officer Fran Shammo had in December said the company could look at buying Yahoo's core business if it was a good fit.

On Thursday, activist hedge fund Starboard Value moved to overthrow the entire board of Yahoo, including chief executive Marissa Mayer, who has struggled to turn the company around in her nearly four years at the helm.

Starboard could find support among other investors and CEO Marissa Mayer's numerous critics on Wall Street, who have long been criticizing Yahoo management for its poor show against nimbler startups like Facebook.

Starboard, which owns a 1.7 per cent stake in Yahoo, has been agitating for change at Yahoo for 18 months and has said it has repeatedly been "pushed away" by the company's management team and board. The board, according to Starboard "clearly lacks the leadership, objectivity, and perspective needed to make decisions that are in the best interests of shareholders."

Starboard has cited the $2.3 billion Yahoo has spent on acquisitions since 2012, including its $1.1 billion purchase of the Tumblr blogging platform for its lack of strategic vision.

Starwood and other critics have called for Mayer's resignation, arguing her turnaround strategy has failed.