Walmart to take kirana stores into confidence ahead of Flipkart buy

US retail giant Walmart is trying to take Indian kirana stores into confidence through logistics and technical support as it tries to secure its deal with the Indian e-commerce major Flipkart. 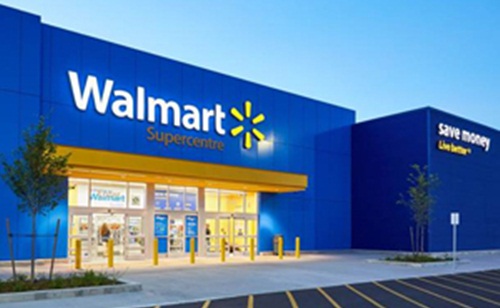 Walmart says that it sees Indian kirana stores as its partners and not competitors, but Walmart's full-fledged presence in the segment could trigger protests by traditional retail stores and a likely price war with Indian retail majors.
Under the 'Mera Kirana' initiative launched in 2014, Walmart creates a replica of a modern kirana  store in its Best Price stores.
The idea is to enable the mom-and-pop store owners to understand the ways they can incorporate to modernise their stores. And, in the process, Walmart could also make these mom-and-pop stores partners in retail trade.
However, Walmart's attempts could intensify competition in the Indian online grocery space, affecting Indian start-ups including BigBasket and Grofers.
Walmart, which opened its first fulfilment centre in India last year at Bhiwandi near Mumbai, to speed up its retailing operations in the country, is already helping local kirana stores get organised.
The global retailer is also planning to open its second fulfilment centre in India.
The fulfilment centre, housed in a warehouse run by third-party logistics firms, helps Walmart to provide kirana stores with door-step deliveries of merchandise.
Walmart also sends its team to these stores to educate their owners with right assortment, placement and display of products in the shops.
With these steps, the US giant is working towards organising this largely unorganised sector in India.
The US retail giant, which signed an agreement in May this year to acquire 77-per cent stake in Flipkart, expects to close the deal before the end of current calendar year (See: For $16 bn Walmart bags Flipkart).
Walmart also expects the ongoing operations of Flipkart to negatively impact its fiscal 2019 net income.
According to a regulatory filing with Securities and Exchange Commission (SEC), Walmart said the ongoing operations of Flipkart are expected to impact the US company's income negatively.
"In May 2018, the company announced it will pay approximately $16 billion in exchange for approximately 77 per cent of the outstanding shares of Flipkart Group. The investment includes $2 billion of new equity funding... Closing is expected later this calendar year, and is subject to regulatory approval," the retail giant said.
"Upon closing and consolidating the financial statements of Flipkart, we expect the ongoing operations of Flipkart to negatively impact fiscal 2019 net income. We intend to fund the acquisition of Flipkart with a combination of newly issued debt and cash on hand," it added.
Speaking at an investors meet, Walmart Inc President, CEO and Director, Douglas McMillon, said they were learning about retail ecosystems and how they work around the world.
"We're learning a lot from China. We'll be learning even more from India. And we basically want to be in places that have a tremendous opportunity, which is what led us to Flipkart in India," he was reported as saying.
MORE REPORTS