The Maharashtra Navnirman Sena has reportedly not been shy of violence amid the call for an indefinite strike by drivers of app-based taxi aggregators Ola and Uber in major cities, including Delhi, Mumbai, Hyderabad, Pune and Bengaluru. 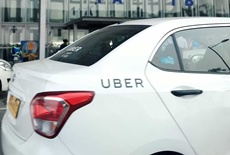 A video released by news agency ANI shows a stick-wielding MNS worker damaging the windshield of a taxi in Mumbai and threatening the driver to stop plying the vehicle. The MNS worker can be heard telling the taxi driver, “Gaadi band matlab gaadi band (no vehicle means no vehicle)”.
The strike has been called by Maharashtra Navnirman Vahatuk Sena, a subsidiary of the MNS, after Ola and Uber drivers claimed that they were given big assurances but were unable to cover even their basic costs.
"Ola and Uber had given big assurances to the drivers, but today they are unable to cover their costs. They have invested Rs5-7 lakh, and were expecting to make Rs1.5 lakh a month but are unable to even make half of this, owing to the mismanagement by these companies," Sanjay Naik of the Maharashtra Navnirman Vahatuk Sena, the transport wing of the Raj Thackeray-led MNS, told media.
Union leaders said that drivers in other cities like New Delhi, Bengaluru, Hyderabad and Pune among others were also participating in the strike.
Naik alleged that these taxi-hailing companies were giving first priority to company-owned cars rather than driver-owned vehicles, causing a slump in their business.
Other taxi unions, including the Mumbai Taximen's Union, have extended support to the strike.
Meanwhile, police has issued notices to leaders of the union under Section 149 of Criminal Procedure Code relating to unlawful assembly.
"Notices of Section 149 of CrPC have been issued to Sanjay Naik, president, Arif Shaikh and Nitin Nandgaokar of the Maharashtra Navnirman Vahatuk Sena as preventive action. If they violate any orders, they are liable to be prosecuted," Pandit Thorat, Senior Inspector of the Andheri police station, told NDTV.
In Mumbai alone there are over 45,000 such cabs but a slump in business has seen a drop of about 20 per cent in their numbers.
The cab hailing companies have so far stayed away from interfering in the matter. "We have been informed by the Mumbai Police that they have proactively taken all the necessary steps to ensure safety of commuters during the cab rides in the city," an Ola spokesperson said.
While taxi-hailing companies offered loan-guarantee letters to drivers through the Mudra scheme and that too without any verification, they are defaulting on repayment now as their costs are not covered, Naik claimed.
Swaraj Vahan Chalak Malak Sanghatna President Guru Katti said a hike in fuel prices has left drivers in distress with many being unable to pay their instalments on the loans they took for their cabs.
Where the per-kilometre fare once hovered around Rs10, this has dropped to Rs6 now due to the stiff competition between Ola and Uber. Moreover, Ola Share offers share pass depending on the distance one intends to travel. For instance, one can buy a pass for Rs10 valid for 30 days, whereby one would be required to pay just Rs30 for a distance of up to 4 km and Rs200 for a distance up to 20 km. Similarly, Uber offers slashes rates on its ‘POOL’ rides and often gives 50 per cent discount to users on Uber Go, which is the cheapest Uber car ride.
MORE REPORTS