Twitter Inc may be in line for acquisition by some tech company.  Media reports cited unnamed sources, as saying that several technology companies, including Google and Salesforce, had expressed interest in acquiring the struggling social media giant. 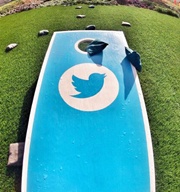 ''I think [a Twitter acquisition] would be a way for a media or technology company to have immediate access to a sizable platform,'' Anthony diClemente, an analyst at the financial services company Nomura, told the Wall Street Journal. ''That's a big means of distribution of media and undefined social content and in some ways the strategic value of Twitter is in the eyes of the beholder.''

Twitter however, says it has not received any formal acquisition bid and it was not certain as yet whether a sale would materialise. Google and Salesforce have not yet commented on the reports, although Salesforce's chief digital evangelist Vala Afshar did tweet his personal views about Twitter.

Meanwhile, Twitter co-founder Jack Dorsey who returned to the company as chief executive is pushing plans to revitalise the micro-blogging network and regain lost ground from competitors like Facebook and Snapchat.

But Twitter, which boasts a market capitalisation of $16 billion continues to struggle to expand its user-base, despite its recent move to ramp up video content.

"Twitter has received expressions of interest from a number of technology companies that are considering whether to make a bid for the social media company, and its board of directors is said to be largely desirous of a deal, according to people close to the situation," CNBC reported. "While Twitter may receive a formal bid shortly, it has thus far not engaged with potential suitors who are examining the possibility of a deal and Twitter's willingness to engage on that possibility."

TechCrunch also said, citing its own sources, that bids from Verizon and Microsoft to acquire Twitter are also coming in.

"We have additionally heard that Microsoft and Verizon have also been knocking," writes TechCrunch.