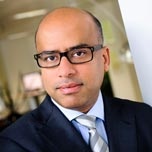 The battle to buy Tata's UK steel business is heating up with Liberty House submitting one of the first bids.

Sanjeev Gupta's commodity business – in an alliance with his father P K Gupta's Simec group – is understood to have lined up a series of heavyweight backers as it positions itself to buy the loss-making steel operations based around Port Talbot.

According to The Sunday Telegraph, Liberty is working with Macquarie Capital, which is prepared to support the bid with funding, and State Bank of India, on a deal that would see it take on Tata's entire UK steel business.

A document received by Business Secretary Sajid Javid shows that also on board are Deloitte, which will advise on how to deal with the near-£500 million funding deficit in Tata's pensions scheme, and Grant Thornton, which will deal with legal and accounting issues. Also involved are several ex-Tata executives.

The development comes in what sources close to the sale process say is a ''crucial weekend'' for the future of Tata's UK steel operations, with the deadline for initial bids coming on Tuesday night.

The future of the business and its 11,000 staff – and twice as many jobs in the supply chain – was thrown into doubt last month when Tata's Indian board voted against backing a turnaround plan and put the business up for sale.

Tata has pledged to be a ''responsible seller'' for the business it paid £6.2 billion for almost a decade ago when it bought Corus (See: CSN blinks at 603p, Tata Steel bags Corus for $12.11 billion). Executives at Tata say they would prefer to find a single buyer for the whole business, though they are keen to rush through a sale as the UK steel unit was losing £1 million a day for much of the past year.

However, the depressed steel price and intense competition in the industry means buyers may ''cherry pick'' the best parts of the business, with no one ready to take on units generating the greatest losses.

Other bidders
Other bidders include Albion Steel, a start-up business with 40-year industry veteran Tony Pedder on the board. Albion is understood to be considering a bid for Tata's speciality steels unit, one of the strongest parts of the business. Its 2,000 staff makes steel used in aircraft, cars and energy at its plants in Rotherham and Stocksbridge in South Yorkshire.

The speciality business is one of the most attractive parts of Tata's UK steel business. It deals in advanced products that are less vulnerable to the commoditisation of steel and competition from low-cost countries such as China, a major cause of the crisis in the UK steel industry.

If Albion's proposal is successful it would mean a return to the business for Pedder, who became chief executive of Corus in 2001 but quit in 2003 after it reported a £458-million loss. One senior steel industry executive said, ''Tony is hugely respected and experienced. There's little he doesn't know about the industry.''

Also in the running is a management buyout led by Stuart Wilkie, one of Tata's most senior British staff. His Excalibur vehicle has strong support around the Port Talbot base, including the backing of Welsh billionaire Sir Terry Matthews. Excalibur is understood to want to buy the whole business (Port Talbot chief to launch management buyout). The pension deficit presents a huge hurdle to any deal, and Bimlendra Jha, the boss of Tata Steel UK, last week told MPs that unless it was solved, it was unlikely a buyer would take on the business, adding ''if there is no buyer, there will be very, very bad consequences for the taxpayer''.

However, a break up would complicate a deal, potentially slowing it and making it less favourable to Tata, which is understood to want to have a broad sale agreement in place by June.

A spokesman for Liberty said, ''It would be premature to comment on the bid process at this stage.''