SoftBank still undecided on sale of Flipkart stake to Walmart 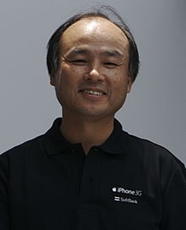 The development seems strange since it was Son himself who first announced that the deal had been finalised. "Last night, (they) reached a final agreement and it was decided that Flipkart will be sold to America's Walmart," Son said on Wednesday.  (See: Walmart majority stake purchase in Flipkart finalised: SoftBank’s Son).
Walmart too had announced later in the day that it will pay about $16 billion to buy a 77-per cent stake in Flipkart.
A statement issued by Walmart named Flipkart co-founder Binny Bansal, Tencent Holdings Ltd, Tiger Global Management LLC and Microsoft Corp as the investors who would hold the remaining 23 per cent, implying SoftBank had agreed to sell its stake.
Now, Press Trust of India cites its sources to say Son will take a call in the next 7-10 days on whether to exit India's biggest online retailer or say invested for some more time.
The Economic Times and PTI say Son remains undecided on the stake sale because SoftBank is still figuring out the tax liability that would arise if it sold its shares less than a year after investing in Flipkart. Further, it sees a significant upside potential in Flipkart, which has been valued at about $22 billion in the transaction announced on Wednesday  (See: For $16 bn Walmart bags Flipkart).
“As of now, SoftBank has not exited Flipkart. It will take a call on the exit in the next 10 days,” said one of ET’s sources. “Son is a big believer in India and thinks that the valuation of the company (Flipkart) can go up further.”
SoftBank had invested $2.5 billion in Flipkart and exiting the company would fetch it up to $4.5 billion. The $2 billion profit would be taxed as per Indian law.
Since the profit is made from shares that were held for more than two years, it would attract a long-term capital gains tax of 20 per cent plus surcharge and education cess, effectively wiping away a fourth of the profit.
Other deciding factors would be Son's relationship with Walmart and that SoftBank likes to be a long-term investor, PTI’s sources said, adding the Japanese conglomerate is very bullish on India and sees immense opportunities for growth of investment.
When contacted, a SoftBank spokesperson declined to comment.
In case SoftBank decides not to sell, Walmart would be left with about 55 per cent of Flipkart. On Wednesday, all significant shareholders in Flipkart like Naspers, venture fund Accel Partners and eBay had confirmed they were selling their shares to Walmart.
South African internet and entertainment firm Naspers, which had invested $616 million in Flipkart in August 2012, has sold its entire 11.18-per cent stake in the company to Walmart for $2.2 billion. eBay said it is selling its stake in Flipkart for about $1.1 billion.
The situation is still very fluid,” a source familiar with the development told ET. “Soft-Bank’s fund is registered in Jersey and they are suffering a huge tax liability because there is no DTAA protection with Jersey.”
Signed between India and other countries, a Double Taxation Avoidance Agreement (DTAA) ensures investors don’t end up paying taxes on income earned from the source country and also in the country of residence. To avoid the short-term taxation issue, SoftBank may hold the Flipkart stake for 6-12 months.
This may crimp Walmart’s plans to acquire a large stake as SoftBank is the largest shareholder along with Tiger Global Management, whose stake is expected to come down from 20 per cent to 5 per cent after the transaction closes.
Walmart’s buyout of Flipkart is expected to close by the year-end, the US retailer had said in a statement.
The Flipkart group, which includes fashion portals Myntra and Jabong, has a combined market share of over 39.1 per cent compared with Amazon’s 31.1 per cent in the Indian online retail space, according to a recent report by Forrester Research.
MORE REPORTS