South Korean electronics giant Samsung has resolved the problem with exploding batteries and has relaunched its Galaxy Note 7 smart phone, after a worldwide recall involving millions of handsets. 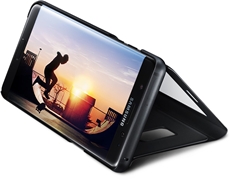 Samsung had also halted sales of Galaxy Note 7 handsets after reports from various parts of the world of the smart phone catching fire. The company had identified the battery fault and has since been working on correcting it.

"For customers who already have Galaxy Note 7 devices, we will voluntarily replace their current device with a new one over the coming weeks," Samsung said in a statement. The company went on to say that it would work closely with its "partners to ensure the replacement experience is as convenient and efficient as possible."

Samsung had announced its largest voluntary recall and exchange programme on certain Galaxy Note7 devices in the US with cooperation of the US Consumer Product Safety Commission (CPSC). The affected devices were sold in the US before 15 September 2016.

''Since the affected devices can overheat and pose a safety risk, if you own a Galaxy Note7, it is extremely important to stop using your device, power it down and immediately exchange it using our US Note7 Exchange Programme,'' Samsung had warned its consumers.

Samsung Galaxy Note 7 is a water-resistant device that can withhold water pressure up to a maximum depth of 1.5 metre for up to 30 minutes.

The device is dust-proof and the display is 30 per cent stronger and 20 per cent more scratch resistant than its predecessor. It has 12MP rear and 5MP front camera, 64GB onboard memory and 3,500 mAh battery.

The Galaxy Note7 was supposed to hit stores in India on September 2. But due to the battery issues, the launch was deferred indefinitely.

Instead, Samsung India Electronics last month announced the expansion of the Galaxy J Series portfolio with the launch of Galaxy J7 Prime and Galaxy J5 Prime.

Samsung said the consumer centric Galaxy J Series has received tremendous response from the consumers, adding that, the all new Galaxy J7 Prime and Galaxy J5 Prime showcase a perfect blend of unmatched style and innovative 'Make for India' features.