Procter & Gamble Co said on Thursday it had cut digital advertising spending by $200 million last year based on viewership data provided by tech and media companies that showed its ads were not reaching its target audience effectively.

P&G, the world's biggest advertiser, has been at the forefront of a campaign to pressure digital media companies to be transparent with their viewership metrics by telling them how many people see their ads and how ad agencies spend advertising dollars.

According to reports, Procter & Gamble and Unilever, two of the biggest consumer packaged goods (CPG) brands in the world, are demanding more out of their digital advertising by putting pressure on platforms and asking agencies to clean up their act.

These efforts have led tech companies such as Facebook and Alphabet Inc's YouTube to rework algorithms to check content quality, empower marketers with more control on their ads and protect them from being associated with unrelated or inappropriate content.

Last year, P&G revealed during an earnings call that it cut between $100 million to $140 million between April and July due to bots and brand safety concerns. The measures then continued for the rest of 2017, with the brand cutting roughly another $100 million between July and December.

P&G's $200 million digital cut were reinvested into areas with ''media reach'' including television, audio and ecommerce.

During a speech at the Association of National Advertisers in Orlando, Fla, chief brand officer Marc Pritchard declined to name specific companies where the ads were pulled from but said that it reduced spending ''with several big players'' by 20 per cent to 50 per cent. He added that the cuts helped P&G eliminate 20 per cent of its ineffective marketing and increase reach by 10 per cent.

''Transparency shined a spotlight on reality and we learned valuable lessons which are driving profound change,'' Pritchard said.

''With transparent viewability data, we learned that the average view time for an ad on a mobile newsfeed is 1.7 seconds – little more than a glance – pushing us to innovate.'' 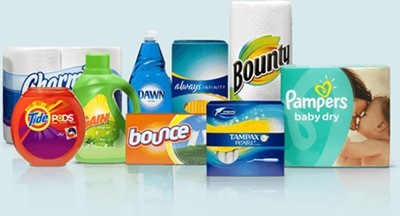 Pritchard said that the brand's year-old mandate asking for all partners to clean up shady and murky practices is working. More importantly, P&G has not pulled any media spend because of lingering concerns about the Media Rating Council's third-party viewability metric, but they have pulled spend due to other issues like brand safety.

''This new level of transparency is shining the light on what's next - marketers taking back control of our own destiny to accelerate mass disruption - transforming our industry from the wasteful mass marketing we've been mired in for nearly a century to mass one-to-one brand building fuelled by data and digital technology,'' Pritchard said in a transcript of prepared remarks.

Pritchard has been particularly vocal about transparency issues in the digital media supply chain, including viewability, fraud, a lack of measurement and murky contracts. Collectively, those efforts are 90 per cent complete, Pritchard said.

The efforts include asking so-called walled gardens like Facebook, Google and Snap to receive third-party measurement accreditation from the MRC, which is underway by the tech platforms but not complete.

P&G, however, has not cut overall media spending. Funds have been reinvested to increase media reach, including in areas such as TV, audio and ecommerce media, a company spokeswoman told Reuters.

P&G's advertising costs, which includes spends on worldwide television, print, radio, internet and in-store advertising, were $7.1 billion in 2017, down from $7.2 billion in 2016. Its digital spending amounts to a third of the total spend.