Consumer goods major Procter & Gamble plans to cut current brand count to 65 by selling or spinning off over 100 brands from its portfolio. 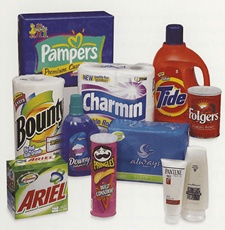 The brands the company planned to sell off made up 14 per cent of its sales (nearly $11.5 billion).

The company had announced in August 2014 that it would sell a number of brands not selling well in their segments (See:P&G to cut 100 underperforming brands, focus on key products).

At a recent event, P&G chief financial officer Jon Moeller informed that the company aimed to work through the hiving off plan by summer.

According to Moeller the company had already sold 35 brands from its list.

According to Moeller the brand divestitures could result in a 14-per cent decline in sales (around $11.5 billion).

The company, however was looking to improve its margins and profitability after the restructuring of its brand portfolio. The company currently manages around 160 brands.

Moeller added that the brands the company aimed to exit were performing well but their performance was not up up to management expectations. The brand divestment was aimed at focusing on fewer brands, in what is seen as the biggest step taken by the company in decades.

After the brand consolidation, P&G would focus on nearly 65 best performing brands, and aim to improve their market share.