After years of expansion into lines like pet food and beauty products, Procter & Gamble (P&G) announced on Friday that it would cut as many as 100 brands from its portfolio to focus on others, like Tide detergent, that made the company a powerhouse over the decades. 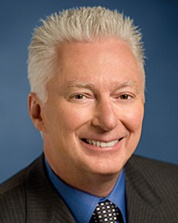 The move is part of a strategy to improve the company's financial performance focussing on about 80 brands that generate 95 per cent of the profits and 90 per cent of sales, according to A G Lafley, the firm's chief executive.

Lafley previously served as P&G's president & CEO from 2000 to 2009. During this time, the company more than doubled sales and expanded its portfolio of billion-dollar brands from 10 to 23 with a focus on consumer-driven innovation and consistent, reliable, sustainable growth.

The company, and the consumer goods industry in general, have faced pressure as consumers continue to spend less than they did before the financial crisis.

"This new streamlined P&G should continue to grow faster and more sustainably, and reliably create more value," Lafley said in a phone conference with reporters and analysts to discuss the firm's fourth-quarter results.

"Importantly, this will be a much simpler, much less complex company of leading brands that's easier to manage and operate."

While Lafley did not say which of the estimated 100 brands would either be discontinued or sold off, he said that taken together they had aggregate sales declines of 3 per cent a year over the last three years. The cuts would leave about 70 to 80 more lucrative products remaining.

Lafley appears determined to streamline the company's core operations. In April, Procter & Gamble agreed to sell its pet food brands Iams and Eukanuba to the candy maker Mars for $2.9 billion.

Procter & Gamble has already been focusing on some of its core products to try to bolster sales.

Taking cues from the success of single-use dishwasher detergents, for example, Procter & Gamble has been pushing the same idea with Tide Pods, individually wrapped doses of detergent.

On Friday, the company reported that overall net sales fell 1 per cent to $20 billion in the quarter ending June 30, while cost savings helped increase profit by 38 per cent, to $2.6 billion.

"We could have and should have done better," Lafley said.