US drugmaker Pfizer's board yesterday authorised a new $11-billion share repurchase plan, which analysts say puts an end to speculations that it would renew its bid for British rival AstraZeneca. 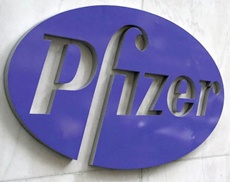 Pfizer did not say when it would buy back the shares, but it still has $1.3 billion remaining from its current stock buyback program.

Pfizer's $118-billion bid to buy AstraZeneca was recently rejected by the board of the London-based drug giant, but could once again bid in late November under the UK takeover rules.

But analysts opine that a new bid by Pfizer is highly unlikely in light of the recently introduced selective reinterpretation of taxation rules by the US Treasury that stymies the financial benefits of so called ''corporate inversions''.

Last week Illinois-based AbbVie, which planned to lower its US tax liability by acquiring Dublin-based Shire and relocate its headquarters abroad, said that it will terminate their proposed merger and instead pay the Irish company $1.64 billion in break-up fee for abandoning the deal because of the proposed changes to US tax laws announced by the US Treasury on 22 September. (See: AbbVie calls off $55-bn acquisition of Shire over US tax rules)

Pfizer, the world`s largest pharmaceutical company, had in May made an unsolicited bid for AstraZeneca, and a successful merger would have been the largest foreign takeover of a British company by an overseas firm (See: Pfizer raises bid for AstraZeneca to $118.8 bn, says latest offer is final).

AstraZeneca, the UK's second-largest drugs company, had rebuffed several approaches from its larger US rival saying that the £50 a share offer undervalued the company and did not merit entering merger talks.

The Pfizer-AstraZeneca combine could have emerged as the world's largest pharmaceuticals company and save Pfizer billions of dollars in taxes by shifting its domicile to the UK, although it would have still be run out of New York.