US drug maker AbbVie Inc has reached an agreement with Shire plc to terminate their proposed merger and instead pay the Irish company $1.64 billion in break-up fee for abandoning the deal, as the US tax department's selective reinterpretation of taxation rules would have destroyed the financial benefits of the transaction. 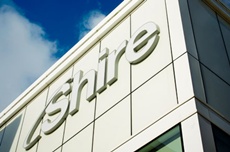 AbbVie said its board decided to withdraw support for the proposed transaction following a notice issued by the US Department of Treasury on 22 September 2014, ''which re-interpreted longstanding tax principles in a uniquely selective manner designed specifically to destroy the financial benefits of these types of transactions.''

AbbVie last week said its board had withdrawn its recommendation to proceed with the Shire purchase, blaming it on the unraveling changes in rules by the US Treasury Department aimed at preventing such deals that would result in US companies relocating overseas to take advantage of lower corporate tax rates.

''The notice introduced an unacceptable level of risk and uncertainty given the magnitude of the proposed changes and the stated intention of the department of treasury to continue to revise tax principles to further impact such transactions,'' ABBVie said in a web site release.

The US drug maker said it conducted a thorough review of the treasury department's notice and sought the advice of external tax, legal, and financial advisors in both the US and the UK to explore available options to preserve the transaction, but had to abandon the transaction in the best interests of stockholders.

''AbbVie has built a strong, sustainable strategy with a robust pipeline. Over the past 22 months we have delivered industry leading stockholder returns, our performance and business fundamentals remain strong, and we are on the cusp of a major new product launch with our treatment for HCV. We remain focused on building AbbVie's business through enhanced internal R&D platforms, partnerships, strong commercial execution and licensing and acquisitions,'' AbbVie's chairman and chief executive Richard A Gonzalez said commenting on termination of the transaction.

''The unprecedented unilateral action by the US Department of Treasury may have destroyed the value in this transaction, but it does not resolve a critical issue facing American businesses today. The US tax code is outdated and is putting global US-based companies at a disadvantage to foreign competitors in an area of critical importance, specifically investing in the United States. Comprehensive tax reform is essential to create competitiveness and to stimulate investment in the economy,'' Gonzalez added.

AbbVie, which was spun off from Abbott Laboratories in early 2013, said the new rules would keep it from gaining access to its overseas cash without having to pay hefty US taxes.

AbbVie, the maker of top-selling arthritis drug Humira, planned to buy Shire to lower its US tax burden by moving its tax base to UK isle of Jersey, where corporate taxes are lower and to diversify its product line-up.

The acquisition would have given AbbVie Shire's portfolio of lucrative medicines for rare diseases and other specialty drugs, lessening the Chicago-based company's dependence on its rheumatoid arthritis treatment Humira - currently the world's top selling drug with annual sales approaching $13 billion.

AbbVie would have held 75 per cent of the new entity, while Shire investors would have got the remaining 25 per cent.

Separately, AbbVie announced moves aimed at returning cash to shareholders. It said its board had authorised a new $5 billion stock repurchase programme and a nearly 17 per cent increase of its quarterly dividend payment to 49 cents a share.

The authorisation allows for the repurchase of up to $5 billion of the company's common stock, which is expected to be executed over the next several years.

The stock repurchase that authorises repurchase of the company's shares in open market or in private transactions, has no time limit and may be discontinued at any time.

With major operations in the US, UK and Switzerland, and a network of offices and distribution channels throughout Europe, South America, Canada, and the Pacific Rim, Dublin-based Shire provides treatments in neuroscience, rare diseases, gastrointestinal, and internal medicine.

Some of its rare-disease drugs include Elaprase for Hunter syndrome and Replagal for Fabry disease.

AbbVie, which split from Abbott Laboratories in January 2013, is a specialty-focused, research-based biopharmaceutical company having 15 research and manufacturing facilities around the world.