Japanese car making giant Nissan Motor Co has issued a recall of 12,000 cars in India as part of the company's global effort to rectify engine switch and airbag problems. 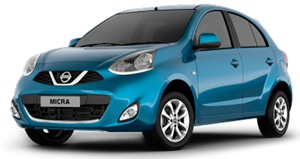 The affected cars were produced between June 2013 and March 2015 in India which, include the Micra compact and Sunny sedan as well as the imported Xtrail SUV and Teana premium car.  Worldwide, the car maker has announced a recall of around 270,000 cars of different models.

"Nissan is committed to a high level of customer safety, service, and satisfaction and is working with its dealers to promptly address this issue," a Nissan spokesperson said.

According to Nissan only a fraction of the recalled vehicles are affected due to defective airbags, while an engine switch will be repaired by authorised Nissan retailers free of cost.

Last month, another Japanese auto giant Honda Cars had also recalled a total over 11,000 cars in India, which included its Accord, CR-V and Civic models produced between 2003 and 2007. The recall was to replace a faulty part in the passenger and driver side airbags, and is part of the company's global campaign of fixing potential defect related to airbags.

Ever since the Society of Indian Automobile Manufacturers (SIAM) started voluntary vehicle recalls in 2012, for safety issues, over 700,000 vehicles have been recalled in the country.