After terminating a $2.1-billion iron ore development deal in Bolivia this year, Jindal Steel & Power Ltd (JSPL), controlled by billionaire politician Naveen Jindal, is close to acquiring an iron ore mine in West Africa for $2 billion. 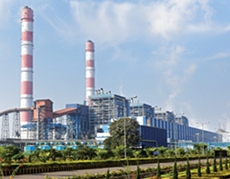 The move comes after JSPL spent $90 million over two years only to walk away in July from the $2.1-billion iron ore mining and steel venture in a remote part of Bolivia, after the Bolivian government run by President Evo Morales back-tracked on supplying natural gas to the projects. (See: Jindal Steel terminates $2.1-bn mining venture in Bolivia)

Without identifying the mine or the African country, JSPL's executive director, Manish Kharbanda said last week in an interview that the company is planning to acquire an iron ore mine in West Africa, which will secure JSP of at least 1 billion tonnes of iron ore – a key raw material required in steel making.

With around $1.5 billion in cash reserves, the acquisition if completed, would blow apart the allegation made by Bolivian mining minister Mario Virreira and Hector Cordova, the head of Comibol, Bolivia's state-owned mining company, that JSPL withdrew from the EL Mutun iron ore project because it lacked funds.

Naveen Jindal had in June said that the company is looking at coal and iron ore projects in South America, Africa and Australia as part of its plan to increase its self sufficiency in raw materials required to make steel.

JSPL is seeking to raise its self reliance on raw materials from the current 70 per cent to 90 per cent by 2015. JSPL is India's third-largest steel producer with a significant presence in other sectors like mining, power generation and infrastructure.

With an annual turnover of over $2.9 billion, JSPL is a part of the over $15 billion diversified O P Jindal Group.