Jindal Steel and Power (JSPL) has terminated its $2.1-billion mining and steel venture in Bolivia, after the country's government failed to fulfill its commitment to supply natural gas, adopting what the company called unfriendly investor attitude. 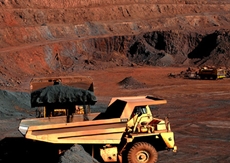 ''The termination comes in the wake of the issuance of a letter to the government of Bolivia on June 8, 2012, conveying its intention to terminate the contract due to the non-fulfillment of contract conditions on the part of the Bolivian government," JSPL said in statement.

Under the contract, Bolivian government was to sign an agreement for supply of natural gas required for the project - 10 million cubic metre per day (MCD) - within 180 days of signing of the contract.

''The same has not been signed till date. The government was willing to commit only 2.5 MCD of gas (as against a total requirement of 10 MCD) from 2014 onwards due to non-availability of gas in the country, whereas the company was being asked to make investment as per capacities originally envisaged under the joint venture contract. Also, the government did not provide the agreed contract area for setting up the steel project till date," it said.

JSPL's contract consisted of 40-year mining rights of El-Mutun mines, estimated to hold 20 billion tonnes of reserves - considered one of the largest untapped iron ore mines in the world.