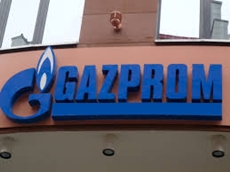 ''That is absolutely unacceptable, at least because we have had the partnership and cooperation agreement with the EU from 1999 which no-one cancelled, and it is written there that the parties shall not take actions that will lead to the deterioration of business conditions,'' Lavrov said.

Gazprom said in a statement that the EC's allegations are ''unfounded'' and its statement of objections is just one of the stages of the antitrust investigation and does not imply holding Gazprom liable for any violation of the EU antitrust rules.

The EC yesterday sent a statement of objections to Gazprom alleging abuse of its dominant market position in breach of EU antitrust rules, particularly related to unfair pricing in central and eastern European gas markets.

Gazprom had been under the EC's scanner since 2012 and reports about a possible EC action surfaced earlier this week. (See: EU to charge Russian gas giant Gazprom with market abuse)

EC competition commissioner Margrethe Vestager said in a statement that maintaining fair competition in European gas markets is of utmost importance as gas is an essential commodity.

''All companies that operate in the European market – no matter if they are European or not – have to play by our EU rules,'' Vestager stressed.

Gazprom has now 12 weeks to reply to the objections and can also request a hearing on the case. Sending a statement of objections does not prejudge the final outcome of the investigation, the EC said.

''If our concerns were confirmed, Gazprom would have to face the legal consequences of its behavior," the commissioner warned in a statement.

If the allegations are proved right, the commissioner has the power to order changes in the company's business practices and levy fines of up to 10 per cent of Gazprom's annual global revenue, which could work out to $10 billion.

Gazprom said that it strictly adheres to all international law and legislation in the countries where it operates and its pricing principles are in accordance with the standards used by other gas producers and exporters.

The Russian company said it expects the resolution of the situation based on the previous agreement between Moscow and Brussels to seek a mutually acceptable solution.

Gazprom is the dominant natural gas supplier in all central and eastern European countries, with market shares well above 50 per cent in most, and in some countries up to 100 per cent. Overall, the gas giant supplies over 30 per cent of the European requirement, over half of which is transported via Ukraine.

''These cases are not political. And hopefully the one thing that they have in common is that they are competition cases, built on fact, interpretation of facts, and evidence,'' Vestager told a press conference.