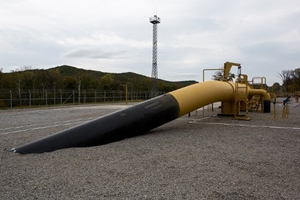 It seems that EU's competition commissioner Margrethe Vestager, known also as the ''Iron Lady of Denmark'', is determined to take on big corporates for abusing their dominant positions in the market and violating European anti-trust rules.

State-controlled Gazprom, a vital energy supplier for Europe, was under the European Commission's investigation since September 2012 for imposing unfair gas prices and holding back gas supplies to Europe.

Last month, the authorities said that they were moving towards the next step in the investigation, which included questioning Gazprom's clients.

Sending a statement of objections setting out the EC's concerns over possible anti-competitive practices will be the next move from the commissioner, which, according to sources, is expected this week.

''It is very important to have a strong case,'' Vestager said last month in an interview with Bloomberg. ''So many people want to politicise it and in order for me to make sure that it's not a political case but a competition case then, of course, the case has to be very strong.''
According to sources, Gazprom had always wanted to settle the issue through talks, so a statement of objections from the EC is not expected to be a welcome move.

The Russian company's efforts to settle the case last year where shrugged off by Vestager's predecessor on the pretext that there were no concrete proposals on price cuts for eastern European customers.

If the allegations are proved right, the commissioner has the power to order changes in the companies' business practices and levy fines of up to 10 per cent of their annual global revenue.

In a speech in Washington last week, Vestager said she was ready to get tough with energy companies that "harm rivals, block energy flows from one EU country to another, or threaten to close the tap".

Both EU and Gazprom declined to comment on the matter.

Gazprom, with an annual turnover of $100 billion, supplies about 30 per cent of Europe's gas requirement, more than half of which is transported via Ukraine.

Disputes over gas deals between Moscow and Kiev has been a proven source of disruption of vital gas supplies to Europe in recent years. In 2006, Gazprom cut off supplies to Ukraine that led to shortages in several countries. Again in 2009, the gas giant turned off supplies for a fortnight over a payment dispute.

According to analysts, the EC's move is likely to escalate the standoff between Europe and Russia, which started with the crisis in Ukraine.