Online marketplace Flipkart is reported to be in talks with ecommerce giant eBay to acquire its under-performing India unit, as part of a deal that could see the US company invest $500 million for a minority shareholding in the Indian firm (See: Flipkart set to absorb eBay's Indian unit: report). 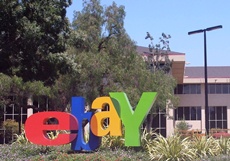 The eBay deal is part of an investment of a $1.5-$2 billion funding round, out of which Flipkart has already secured $1 billion from China's Tencent and Microsoft. Flipkart is being valued at close to $11 billion for the latest funding round, lower than its previous high of around $15 billion.

eBay launched in India in 2005, two years before Flipkart's arrival. But eBay was never able to capitalise on this first-mover advantage, with Flipkart, Snapdeal, ShopClues, and Amazon all able to race ahead of the company.

The company is also outranked by younger local firms Snapdeal, Paytm and Shopclues.

eBay is focused on consumer-to-consumer transactions, and lets sellers list used and refurbished goods. Flipkart, on the other hand, only lists sellers who sell brand new products, and does not allow C2C sales.

For eBay, which failed to use its first mover advantage in India after acquiring Baazee.com in 2004 and making an entry into the market in 2005, a merger of its India operations with that of Flipkart will be seen as a win.

While undergoing one of its biggest transformations globally, eBay has been showing lesser and lesser interest towards its India marketplace. The company's current focus is towards once again becoming relevant to users in developed markets such as the US and Europe.

With its investment in Flipkart, the US firm plans to remain a stakeholder in India's fast-growing e-commerce marketplace that hit a high of $18 billion in 2016.