In another sign of possible consolidation in India's crowded ecommerce space, eBay is reportedly in talks to sell its under-performing India unit to Flipkart as part of a deal that could see the US company invest $500 million for a minority shareholding in the Indian firm. 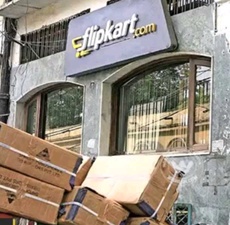 According to Business Standard, the investment will be part of a $1.5-2 billion funding round, out of which Flipkart has already secured $1 billion from China's Tencent and Microsoft. Flipkart is being valued at close to $11 billion for the latest funding round, lower than its previous high of around $15 billion.

Earlier this week, ecommerce marketplace Snapdeal flatly denied reports that it was in talks to sell the firm, after Mint newspaper reported the company was in talks with domestic rivals including Flipkart and Paytm for a potential sale.

Despite eBay having a first mover advantage in India after acquiring Baazee.com in 2004 and making an entry into the market in 2005, it has never managed to become a major player. The company is outranked not just by Flipkart and Amazon, but also by younger local firms Snapdeal, Paytm and Shopclues.

While undergoing one of its biggest transformations globally, eBay has been showing less and less interest towards its India marketplace. The company's current focus is towards once again becoming relevant to users in developed markets such as the US and Europe, the BS report points out.

With its investment in Flipkart, the US firm plans to remain a stakeholder in India's fast-growing ecommerce marketplace that hit a high of $18 billion in 2016.

Signs of its waning interest in India were seen when eBay reported a one per cent decrease in the growth of active buyers globally, citing the folding of a campaign to acquire new users in India as the reason. ''Specific to the deceleration, it's really driven by lapping a campaign we did last year in India,'' said Scott Schenkel, chief financial officer at eBay, in a call with investors to discuss the company's Q4-2016 earnings.

For Flipkart, the investments from eBay, Tencent and Microsoft give it the firepower to take on Amazon's fast-paced expansion in India. The company underwent tremendous stress in the past 18-24 months with a complete top management overhaul.

As for the C2C e-commerce market in India, it is currently dominated by players such as Quikr and OLX. Snapdeal, the number three ecommerce player in India, recently exited the C2C business when it shut Shopo. However, Amazon continues to remain bullish about this market, says BS.