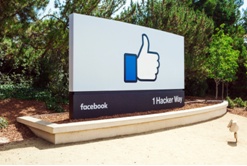 Both companies did not reveal the financial terms of the deal.

Founded in 2015, Confirm has raised $4 million in funding in order to develop advanced forensics that can pull information from an ID card and merge it with facial recognition and other biometrics to confirm a person's identity.

The data is then deleted in order to ensure that it cannot be stolen by someone else.

The company has over 750 clients, according to its website.

''This is the culmination of three years of hard work building technology that will keep people safe and secure online,'' Confirm said on its website. ''Now, we're ready to take the next step on our journey with Facebook. However, in the meantime this means all of our current digital ID authentication software offerings will be wound down.''

Although the applications for the technology would appear to be widespread, most of Confirm's customers use the platform as a means to speed up staff recruitment, TechCrunch reported. For example, the food delivery platform DoorDash Inc. uses Confirm to verify the identity of its drivers.

It's not clear what Facebook intends to do with Confirm's technology, but the social media giant has been under pressure to stop foreign agents using its platform to influence political elections.

Last year, Facebook said that fake Russian users had paid to boost Facebook posts in the US in an attempt to interfere with the 2016 presidential election, although Facebook could not authenticate anonymous accounts or impersonation, but Confirm's technology could help in identifying most users.