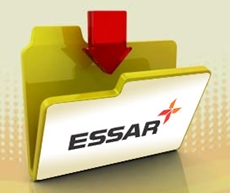 The deal, which includes Essar's Vadinar refinery, power plant serving the refinery, the Vadinar port and more than 2,500 fuel pumps, is expected to be funded by Russia's VTB Capital, part of state-controlled bank VTB.

In July last year, Rosneft had signed a preliminary deal to buy up to 49-per cent in Essar Oil, which would give it access to  Essar's Vadinar oil refinery, India's second-largest private sector oil refinery. (See: Russia's Rosneft to buy 49% stake in Essar oil refinery)

It is a fully integrated oil and gas company engaged in exploration, production and retailing owing a global portfolio of onshore and offshore oil and gas assets.

The company has a total refining capacity of about 32 million tonnes of crude annually from its Vadinar refinery in India and Stanlow refinery in the UK.

Vadinar oil refinery is one of the most complex refineries in the world, having a Nelson complexity index of 11.8, and is capable of refining heavy oil.

The refinery, which has a capacity 20 MMTPA or 405,000 barrels per day, also has an associated power plant, and has access to the deep-water port in Vadinar capable of handling VLCC class tankers.

The Mumbai-based company also has over 2,500 Essar-branded oil retail outlets in various parts of India and another 2,600 in various stages of commissioning.

Founded in 1993, Trafigura is one of the world's leading independent commodity traders, specializing in minerals, metals markets, and oil.

Its main trading activity is the supply and transport of oil and petroleum products, and handles more than 4 million barrels a day. It handles most of the crude exported by Rosneft.