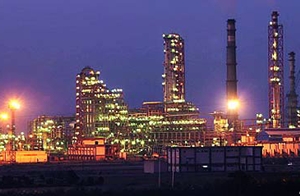 The deal also envisages supply of a total of 100 million tonnes of crude oil to Essar's Vadinar oil refinery, over a period of 10 years. The refinery, located on the western coast of Gujarat, has a capacity of 20 million tonnes per annum.

The agreement was signed by the Essar Group chief Shashi Ruia and Rosneft chairman Igor Sechin at the BRICS summit being held on 8-9 July in the Russian city if Ufa.

The deal is expected to open new perspectives for the development of commercial activities in Asia-Pacific region and promote expansion of trade, Rosneft said in a statement.

Commenting on tie-up, Igor Sechin, executive chairman, Rosneft, said, ''The reached agreements are of a strategic nature. The performance of the terms of the signed documents will have a substantial impact on the scale of economical cooperation between Russia and India.''

With the deal, Rosneft will gain a significant share in one of the biggest refineries in the Asia-Pacific region, expanding its market, particularly at a time when Russia is burdened with western sanctions over the country's involvement in the unrest in neighbouring Ukraine.

Essar will have a secure source of crude for expanding the company's crude refining capacity.

The companies plan to more than double the refinery capacity to 45 million tonnes per annum by 2020 and substantially increase Essar's retail outlets to 5,000 in the next two years.

Essar Oil is a fully integrated oil and gas company engaged in exploration, production and retailing owing a global portfolio of onshore and offshore oil and gas assets.

The company has a total refining capacity of about 32 million tonnes of crude annually from its Vadinar refinery in India and Stanlow refinery in the UK.

Vadinar oil refinery is one of the most complex refineries in the world, having a Nelson complexity index of 11.8, and is capable of refining heavy oil. The refinery has access to the deep-water port in Vadinar, which is capable of handling VLCC class tankers.

Essar Oil also has over 1,400 Essar-branded oil retail outlets in various parts of India and about 600 more under various stages of commissioning.