Chrysler in global recall of 840,000 vehicles for faulty electronics, airbags

US automaker Chrysler Group yesterday said that it would recall about 840,000 cars and SUVs worldwide over defective electronics in head restraints and faulty airbags. 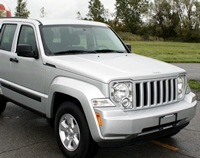 This huge recall comes a few weeks after the Detroit-based carmaker was forced by the US auto safety regulator to recall 2.7 million Cherokee and Liberty Jeeps over risk of a fuel tank fire.

Active head restraints are designed to mitigate neck injuries by automatically moving forward during certain rear-impact collisions. Chrysler said that potentially faulty microcontrollers in some vehicles may prevent the systems from functioning properly.

The potentially faulty microcontrollers were installed in a supplied component, which entered the supply chain after the 2011 earthquake and tsunami in Japan and caused a worldwide microcontroller shortage.