Bayer raises offer for Monsanto to $127.50 a share as talks advance 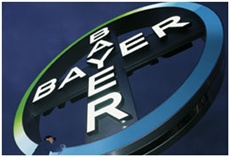 German chemicals and drugmaker Bayer AG today said that its negotiations with Monsanto Co has entered an advanced stage and it is now willing to offer $127.50 a share, up from its previous offer of $125 a share.

''Bayer confirms advanced negotiations with Monsanto concerning a proposed transaction. While key terms and conditions have not yet been agreed, Bayer would be prepared to provide a transaction consideration of USD 127.50 per Monsanto share only in connection with a negotiated transaction.''

The maker of Asprin added that there is no assurance that both companies will enter into an agreement and key conditions of a deal have to be approved by its board.

The latest raised offer is worth over $65 billion.  In July Bayer had raised its earlier offer of $122 per share to $125. Although Monsanto rejected ithe revised offer, it said it was open to further talks not only with Bayer but also with other companies.

A successful Bayer-Monsanto merger would create a company with $68 billion in annual sales, and have about 28 per cent of the world's pesticides market share, about 36 per cent of US corn seeds and 28 per cent of soybean seeds, according to Morgan Stanley estimates.

A successful deal would be Bayer's biggest since it paid €17 billion in 2006 to buy German multinational pharmaceutical company Schering AG, and also be the largest-ever German takeover of a foreign company.

Monsanto has a market cap of $46.3 billion and debt of $9.7 billion, and analysts had earlier said that any offer from Bayer would have to be 14-16 times Monsanto's core earnings, which would be between $64 billion to $73 billion.

St Louis-based Monsanto is the world's largest seed company and a leading producer of genetically engineered seed and the  glyphosate-based herbicide Roundup.

Its crop protection / seeds division markets a broad portfolio of high-value seeds along with innovative chemical and biological pest management solutions, while environmental Science focuses on non-agricultural applications, with a broad portfolio of pest control products and services for areas ranging from the home and garden sector to forestry.

In 2002, Bayer AG acquired Aventis (now part of Sanofi) CropScience and merged it with its crop protection unit to form Bayer CropScience.

In 2002, Bayer AG acquired the Dutch seed company Nunhems, which at the time was one of the world's top five seed companies.

Earlier, Monsanto had been doggedly pursuing Syngenta, the largest player in the agrochemicals business in order to add a broad portfolio of pesticides and research capabilities.

A deal between Bayer and Monsanto would become the latest in a wave of consolidation in the chemical and agribusiness industry. In December, Dow Chemical Co and DuPont Co agreed to a $130-billion merger of equals (See: Dow, DuPont to merge and split, say reports). Swiss seeds and pesticides giant Syngenta AG, which had earlier rebuffed Monsanto, agreed in February to be acquired by Chinese state-owned China National Chemical for $43 billion (See: ChemChina to acquire Syngenta in $43-bn friendly deal) Some analysts opine that Monsanto has few options since along with Bayer and BASF, it is the only major global seed and pesticide players left to face merged and enlarged rivals.

A merger between Bayer and Monsanto could also raise antitrust concerns in the US and elsewhere, since there is overlap between their seeds businesses, particularly soybeans, cotton and canola.

Monsanto is the leader in seeds, with a 26-per cent market share, followed by DuPont with 21 per cent. If the DuPont-Dow Chemical merger is approved by regulators, a Bayer-Monsanto merger would further reduce the number of major companies in the seeds and pesticides business from six to four.