Apple to go green, use only 100% recycled materials

To help put an end to mining on earth, Apple Inc said on Wednesday it is planning to use 100-per cent recycled material to manufacture its products. 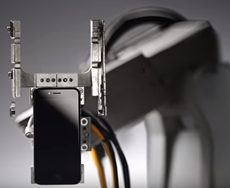 Citing concern for the planet's future, the technology titan made this announcement just ahead of the annual Earth Day celebration in its "2017 Environment Responsibility Report".

The chief reason cited for the shift is the effect electronics manufacturing is having on the planet. Environmentalists agree that there is no such thing as sustainable mining, and all mining is inherently destructive of the environment.

"Climate change is undeniable. Earth's resources won't last forever. And technology must be safe for people to make and use. We don't question these realities - we challenge ourselves to ask what we can do about them in every part of our business," Apple said in the report.

"We're actually doing something we rarely do, which is announce a goal before we've completely figured out how to do it," Vice website quoted Lisa Jackson, Apple's vice president of environment, policy and social initiatives, as saying.

"So we're a little nervous, but we also think it's really important, because as a sector we believe it's where technology should be going," Jackson added.

Most of what's inside the iPhone right now doesn't come from recycled material. Apple's goal is to combine recycled metals bought from suppliers with those taken from old Apple products returned by customers (See:  All Apple stores to now recycle any Apple product for free).

"We are committing as a company to not necessarily having to source from the earth for everything that we need," Jackson noted.

All the electricity that Apple uses to power its data centres and 96 per cent used by its facilities worldwide comes from energy sources like solar, hydro and wind power, the company said.