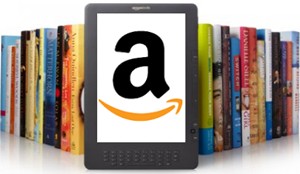 It is apparent that the EC's competition commissioner Margrethe Vestager is continuing her raid on big corporates for abusing their market dominance, thereby violating European anti-trust rules.

EC's present investigation focuses on Amazon's contracts with publishers, which require them to inform Amazon about more favourable terms offered to rivals. The regulator has concerns about such terms that may make it more difficult for other e-book distributors to compete with Amazon, and reduce choice for consumers.

If confirmed, such behaviour could violate EU antitrust rules that prohibit abuses of a dominant market position and restrictive business practices.

Vestager said in a statement: "Amazon has developed a successful business that offers consumers a comprehensive service, including for e-books. Our investigation does not call that into question.''

''However, it is my duty to make sure that Amazon's arrangements with publishers are not harmful to consumers, by preventing other e-book distributors from innovating and competing effectively with Amazon. Our investigation will show if such concerns are justified," she stressed.

Amazon is the world's largest e-books seller through its Kindle e-book market place and currently the biggest e-books retailer in Europe. Initially, the commission's investigation will focus on e-books in English and German, the largest markets for e-books in the Europe.

Amazon's e-commerce operations in the region and tax affairs in its European headquarters in Luxembourg are also under scrutiny.

Amazon told The Wall Street Journal that it was ''confident'' that its agreements with publishers ''are legal and in the best interests of readers,'' and pledged to cooperate fully with the investigation.

In 2011, the commission initiated a similar probe on US technology giant Apple and five international publishing houses for possible collusion to limit retail price competition for e-books in breach of EU antitrust rules. The companies settled the cases in 2012 and 2013, agreeing to change their contracts.

US tech giants including Amazon have been targeted by EU regulators on alleged violations ranging from unfair competition to data protection. The action may compel companies to make notable changes to their business practices in their biggest overseas market.