In a first in the UK, Norfolk firm offers insurance for driver-less car users

A Norfolk insurance company has become the first in the world to offer a personal driver-less car insurance policy. 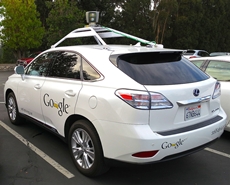 Car insurance specialists Adrian Flux's new offer is aimed at consumers who might already have driver-less features in their existing cars, such as self-parking, or who may be thinking of buying a new car with driver-less or autopilot features.

It comes with additional features over a standard policy and the firm hopes it would trigger debate and discussion around the issue of liability and autonomous technology.

The insurer said on its website the new policy is a bid by it to support the UK in being at the forefront of self-driving technology.

Gerry Bucke, general manager for Adrian Flux,  was quoted on the website as saying, ''As the UK continues to invest in driverless research in preparation for the growing market for autonomous vehicles in the near future, we wanted to help provide confidence and clarity around the ongoing debate of 'who is liable?'

''We understand this driverless policy to be the first of its kind in the UK – and possibly the world. It's a fantastic starting point for the insurance industry and the policy, like any other, will be updated as both the liability debate and driverless technology evolve.''

Over half of new cars sold last year, featured autonomous safety technology such as self-parking or ABS, which effectively either took control or took decisions on behalf of the driver, Bucke added.

Adrian Flux will also cover users against hackers breaking into their car and inflicting damage.

The insurer would also cover instances of the car's self-driving systems causing it to get into an accident. If the car maker failed to update the car's autonomous software or other computer systems within 24 hours of announcing a problem and damage occurs as a result, Adrian Flux would take care of it.

The company however, requires drivers to be ready to assume control at all times, specifically noting that "a driver couldn't turn on the autopilot and have a nap at the wheel."