Zhukovsky, Moscow: Russia's fifth generation fighter will be about three times as cheap as its American, and sole counterpart, the F-22 Raptor, Russian prime minister Vladimir Putin has said. Putin spoke after watching the 16th test flight of the "fifth-generation" stealth fighter, the PAK-FA which also goes under the designation T-50. 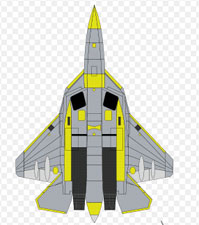 The stealth aircraft is Russia's first all-new warplane since the collapse of the Soviet Union in 1991.

"This machine will be superior to our main competitor, the F-22, in terms of manoeuvrability, weaponry and range," Putin said after the flight.

Saying that the plane would not only cost up to three times less than similar aircraft in the West Putin also confirmed that the T-50 would remain in service for 30-35 years with upgrades, according to a government report.

Chief test pilot Sergei Bogdan said the flight was the model's 16th and that more would follow.

Bogdan also said the controls of the T-50 allowed the pilot to operate most of the plane's systems without taking his hands off the joystick, which is a very useful facility to have under high forces of gravity.