Rumours were rife today that Ajay Singh, the man who launched SpiceJet in 2005, along with London-based Bhulo Kansagra, may come back to bail out the troubled carrier following a meeting with aviation ministry officials on Wednesday evening. 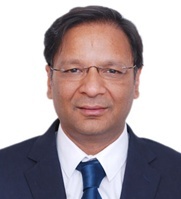 Singh did not comment on his meeting with aviation secretary V Somasundaram and other top officials but the stopover at the Rajiv Gandhi Bhawan was sufficient to result in suggestions of his re-entry into the carrier.

According to a Times of India report, there was buzz about SpiceJet promoter Kalanithi Maran being in talks with Singh some months back for investing in the airline. While it is not clear if Maran wanted to sell his stake to Singh or get him to invest in the airline, the SpiceJet co-founder may yet again play an important role in it.

When Singh sold his stake to Maran in 2011, SpiceJet had a cash balance of over Rs800 crore. People long associated with the airline count three big mistakes by Maran and the management that led to the airline's finances being hit.

"The pure LCC model of flying only one type of aircraft like the Airbus A-320 used both by IndiGo and GoAir was breached. SpiceJet had a mix fleet of Boeing 737s and Bombardier Q400s. Then they spread out too thin in terms of network and finally their constant fire sales cost them dearly," said a person closely associated with SpiceJet.

Sources say Singh feels current low oil prices; infusion of funds and undoing some of these 'mistakes' could revive SpiceJet.

With the aviation ministry giving Maran 15 days to find an investor for SpiceJet or shut down the airline, Singh's role may emerge sooner rather than later.