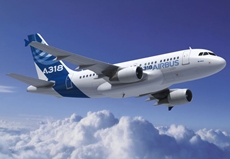 The deal, the biggest civilian order ever for Airbus was announced today by the French presidential palace in Paris. The order includes 60 current-generation A320s, 109 A320neos and 65 A321neos.

The order comes just days after Deutsche Lufthansa and Turkish Airlines placed orders worth over $30 billion at list prices for over 200 planes from Airbus.

In February 2011, it placed a record order worth $22.4 billion with Boeing for 230 additional 737s, which was Boeing's biggest order in terms of dollar value and plane numbers at that time.

It is rare that carriers go in for two different suppliers since the flight and ground crew have already been trained on a particular type of aircraft, said analysts.

With rising incomes, air travel has steadily grown in recent years in the world's fourth most populous nation, and budget carriers like Lion Air and other regional low-cost carriers like AirAsia have been increasing their fleet size although a few air safety experts have voiced concerns that infrastructure and regulatory oversight have been unable to keep pace with the expansion.

Launched 13 years ago with just one plane, Lion Air has placed one of the world's largest aircraft orders although it flies to just 36 destinations within Indonesia and overseas and is banned from flying in the US and the European Union over safety issues.