Robbing the poor to coddle the rich

The recommendation by the group of ministers to allow direct import of fuel by airlines is yet another inglorious chapter in the long saga of crony capitalism in this country. And once again, most of us have been fooled into accepting that it is indeed the right thing to do. By Vivek Sharma

Politicians never learn from their follies. Rather they have no qualms about perpetuating the same shenanigans, only in a different garb, even when they have supposedly been shamed by revelations about their past crimes. The government of India, under the once honorable Manmohan Singh, is about to do just that. 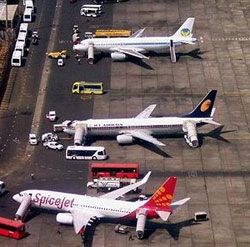 Within weeks of a bold and unusual Supreme Court decision to throw out the 2G spectrum allocations, widely seen as a slap in the face of the central government, yet another inglorious chapter in our long history of crony capitalism is being written. Earlier this week, a group of ministers decided to recommend to the union cabinet that henceforth domestic airlines may be allowed to import fuel directly. (See: Government approves direct jet fuel imports, AI revamp plan)

If the cabinet stamps its approval, instead of begging Indian Oil and Hindustan Petroleum to give them enough fuel for a few more days without insisting on settling the payments for past deliveries, the airlines can now essentially do the same with ExxonMobil or BP. Even with this new crutch, it is unlikely that the airlines will have enough cash flows to pay for fuel anytime soon and the banks are reluctant to finance them. So they just can't stop the begging.

The difference is obviously that the airlines will be paying a lower price for the fuel. If we go by the average of estimates from various experts who claim to have knowledge about such matters, the domestic airlines will save about Rs2,500 crore in taxes a year. Nice, but who pays for this largesse? Unfortunately, the people of this country.

Rs2,500 crore is no chump change, even for the government of this emerging power, when its economy is not quite shining. At its reported cost of $40 million apiece, the country could buy around a dozen of the Rafale fighters we are now negotiating to acquire. The Navy could get a few modern ships or a couple of new submarines maybe.

We could build a new highway, a power station, a dam, or a major canal to irrigate an arid district. We could start a new university, build a thousand new schools, or underwrite the primary education of maybe 50 lakh kids for a year.