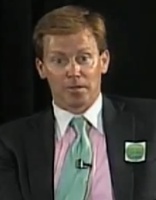 Johns Hopkins researchers report that hospitals may be reaping enormous income from patients whose hospital stays are complicated by preventable bloodstream infections contracted in their intensive care units.

In a small, new study, reported online in the American Journal of Medical Quality, the researchers found that an ICU patient who develops an avoidable central line-associated bloodstream infection (CLABSI) costs nearly three times more to care for than a similar infection-free patient. Moreover, hospitals earn nearly nine times more for treating infected patients, who spend an average of 24 days in the hospital.

''We have known that hospitals often profit from complications, even ones of their own making,'' says Peter J Pronovost, MD, PhD, senior vice president for patient safety for Johns Hopkins Medicine and one of the authors of the research. ''What we did not know was by how much, and that private insurers are largely footing the bill.'' 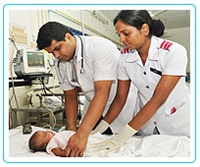 ''This study suggests that it is in the financial interest of private insurers to help hospitals find a way to improve patient safety and reduce the number of these preventable infections,'' says Johns Hopkins anesthesiology resident Eugene Hsu, M.D., M.B.A., the study's leader. ''If the money spent on treating just one infection was spent on effectively implementing measures to prevent CLABSIs, insurers could save millions of dollars, and, more importantly, the needless suffering of patients would be reduced.''

CLABSI infections occur when thin plastic tubes, or central lines, are placed in ICU patients to administer medication or fluids, obtain blood for tests, and directly gauge cardiovascular measurements such as central venous blood pressure. But the tubes are easily contaminated and each year roughly 80,000 patients with central lines become infected.

Some 28,000 are estimated to die - nearly as many as those who die from breast cancer annually - and the cost of treating them may be as high as $3 billion nationally, according to experts.

While the number of infections has been falling nationwide as a result of checklists and other safety measures developed and tested by Pronovost, he says less money is currently available from the government to put interventions in place, and that a good source to turn to would be private insurers who have the most to gain financially from them.

The researchers reviewed records on patients admitted to an ICU at Queen's Medical Center in Honolulu, Hawaii, from January 2009 through Jan. 1, 2012. Over that time, there were 16 CLABSIs. The researchers compared the data gathered from both the hospital and Blue Cross Blue Shield of Hawaii to determine costs, payments and profit margins for each infection. They then compared that information to data from a control group of 64 ICU patients who were not infected.

To their surprise, Hsu and his colleagues also found that private payers - not government insurers Medicare and Medicaid - pay the most to hospitals when an infection occurs. On average, they found that hospitals lost money in treating each infected patient when the government was paying - an average of $14,000 per infection - while they made $216,000 on average (before expenses) when private insurers were footing the bill.

Pronovost says this situation is driven largely by a policy that reimburses hospitals more for patients who are considered more complicated to treat. Insurers generally pay most hospitals a predetermined amount for a typical patient's stay, based on the average cost of providing care to a patient in a similar condition. The payment is set under a diagnostic related group (DRG) that pays a hospital a lump sum for a given patient's episode of care, a system which incentivizes hospitals to reduce costs of each stay since their revenues are fixed and they can keep any money that goes unspent. However, some cases are more complicated - and therefore more costly to treat - and insurers are required to pay more for these cases, using a mechanism known as outlier payments, in which hospitals are paid as a percentage of charges. The more the hospital charges, the more it is reimbursed by its insurer.

The majority of CLABSIs in the study were considered outliers and ensured a large payout, he adds. Private insurers pay more than government insurers for outliers, even when the triggering event was a preventable complication.

''The current payment system perversely penalizes hospitals with fewer infections,'' Hsu says. ''What should happen instead is that hospitals should be financially rewarded for preventing harm rather than for treating the resulting illness.''

Pronovost says that if private insurers took the money they spent on one preventable infection and invested it in quality improvement programs, they could see huge returns. ''Given that the current policy of trying to improve quality though financial incentives has had limited impact, insurers should consider directly supporting these types of programs,'' he says.

Years ago, Johns Hopkins researchers, led by Pronovost, developed a much-heralded checklist and other interventions tested at The Johns Hopkins Hospital in Baltimore, and then adopted by hospitals in entire states such as Michigan and Rhode Island, that virtually eliminated catheter infections.

''More than 1,200 hospitals have significantly reduced these infections through participating in our national program,'' he says. ''At Johns Hopkins, we are continuously looking for more ways to decrease infections and other complications and minimize risks to patients.''

The safety program developed at Johns Hopkins includes the much-talked-about, cockpit-style checklist for doctors and nurses to follow when placing a central line catheter, five basic steps from hand-washing to avoiding placement in the groin area where infection rates are higher. Along with the checklist, the program promotes a ''culture of safety'' that comprises science of safety education; training in how to identify safety problems and solutions and to measure improvements; and empowering all team members, no matter how senior or junior, to question each other and stop procedures if safety is compromised.

Authors of the study received financial support to conduct the research from the Physicians Medical Administrators Group, the Hawaii Medical Service Association, the Agency for Healthcare Research & Quality, the Health Research and Educational Trust and the Gordon and Betty Moore Foundation.