An unbreakable bond during torrid times

The Yellow Bird Sings is Jennifer Rosner's debut novel, translated and published around the world. It tells the story of a Jewish mother and her young daughter, a musical prodigy, in hiding during WWII. Jennifer's previously published memoir, If A Tree Falls, is about raising her deaf daughters in a hearing, speaking world, and discovering genetic deafness in her family dating back to the 1800s. Her short writings have appeared in The New York Times, The Massachusetts Review, The Forward, and elsewhere, and her children's book, The Mitten String, was named a Sydney Taylor Book Award Notable. In addition to writing, Jennifer teaches philosophy. She received her B.A. from Columbia University and her Ph.D. from Stanford University. Currently, she teaches the Clemente Course in the Humanities, a college-level course for women living in economic distress. She lives in western Massachusetts with her family.

In this interview with Swetha Amit, Rosner talks about the idea behind her book, the role of music and the process of weaving a story around world war II. 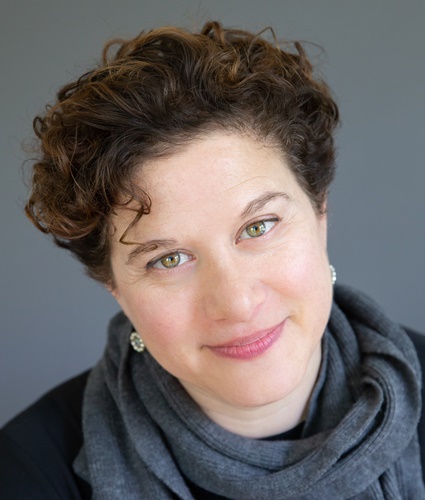 What inspired The Yellow Bird Sings? How did the idea come about?
I met a woman who, as a child during WWII, hid with her mother for months in a shoemaker's attic. I couldn't stop thinking about what it must have been like, for the child and for her mother, to have to keep silent and still for so long. This became the seed of my novel.
You have written a memoir earlier which also involved a mother-daughter theme. How different was it from writing fiction?
When writing my novel, I sought to stay true to the historical realities of the time and place, but there was an openness to how my characters might develop, and what they might do. When writing my memoir (also a wonderful enterprise!) I was confined by the real people and events in the story. Sometimes that made it easier, sometimes harder.
Writing a story set during World War II, and hidden Jewish children must have involved some research. How did you go about it?
I interviewed numerous hidden children of the Holocaust, all of whom shared stories of incredible resilience, strength, and ingenuity. Additionally, I traveled to Poland and Israel and consulted with a music historian, a master class violinist, Holocaust scholars, nuns, a forest tracker, a mushroom forager
In your book, music plays a very important role as a sort of healer during dark times. Has music influenced your life in any way?
I grew up knowing the connective, transportive power of music. My father played the violin every day, and I trained as a singer. I wanted Shira to have music to connect her to her family, and to transport her (when possible) from the horror of her circumstances.
In order to get through the dark times, your character Roza creates a make-believe world for Shira which consists of the yellow bird singing. The current situation is sort of similar, especially with the Coronavirus pandemic. As a parent, how do you suggest we help children get through these tough times?
At heart, my novel is about the place of creativity and beauty in human survival. I think, in our current situation, efforts to foster creativity (art projects? storytelling? film?) and to appreciate beauty wherever we can find it, can help us and our children. Also, keeping perspective is important 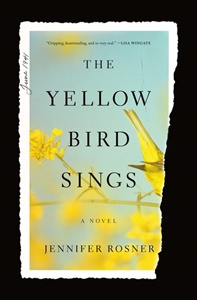 WWII also showcases the hatred towards a certain community or race. Something that continues to exist even today. What do you think is the cause of such hatred that persists amongst the human race?
There seems to be a deep-seated fear of difference and a desire to exclude "the other" from moral consideration and kindness. As a trained philosopher, I assert that the distinctions between us aren't relevant to moral status — we all deserve moral consideration, as do non-human animals, eco-systems, etc; yet people persist in privileging their "own" and engaging in prejudice of every order.
There is an instance in your book where one of your characters Aron requests Roza to lead a beautiful life to honor Shira. How easy or difficult is it to move on and start life afresh?
From my interviews of hidden children, I found that many were able to build new lives filled with love and beauty; yet the pains and losses of the past never fully recede.
What were your expectations from the book? What message did you want to instill among readers?
I wanted to tell the story of an unbreakable bond between a mother and daughter, a story of resilience and hope, the power of music and beauty, our capacity to prevail despite the darkness in human nature.
Are there any more books in the pipeline?
I have begun a new novel!  It is at the earliest stages, too soon to describe in detail, but I can say — the focus on our climate crisis, rising waters, and a girl's quest to find a home.
MORE REPORTS