Rewinding to the '70s

Srishti Chaudhary studied creative writing from University of Edinburg and English Literature at Lady Shri Ram College for Women. Previously, she had a series of short stories published by Juggernaut Books. Her articles have been published by BBC, Vice, Nat Geo India and the Hindu Businessline, amongst others.

In this interview with Swetha Amit, Chaudhary talks about her inspiration behind her book, freedom and women empowerment. 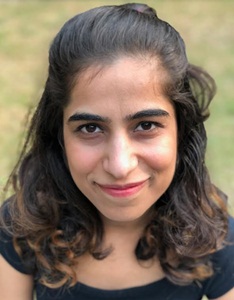 What was the inspiration behind Once Upon a Curfew? How did the idea of writing on this theme in the '70s happen?
I was actually keen on writing on romance set in the past, which has a different kind of charm. This includes writing letters and long periods of courtship. In those days giving your heart to someone almost certainly implied marriage. These days it's more instant gratification. People tend to talk a lot more due to instant messaging or presence of social media. Can you imagine just waiting for days together to hear from your near and dear ones? Seems impossible today. Also, when the emergency was declared, it was a very turbulent time politically. Barring a few, not many books in the fiction genre has been set in the '70s. So, my intention was to capture an old-world charm in a new age way.
You have written a series of short stories before this which were published individually by Juggernaut. How did you find the experience of writing a full-fledged novel?
A full-fledged novel is very different from short stories. In a short story, your universe is much smaller. At best, you can have two main characters to drive the plot and a couple of scenes. Your story ends here. A novel is far more complicated. There are subplots to a plot and at least five or six characters doing the heavy lifting. There are so many scenes, which are fillers and which are tough to write because they are not very inspiring. Moreover, a novel is written over a much longer period of time, so you often tend to forget what happened in the previous chapters. For instance, in my entire novel, I mixed up the names of two characters, Lata and Supriya, which confused my editors! You have to keep a close check of the past and at the same time plan actively for the future of the story.
You have chosen an interesting concept of library as the central theme in your book. Considering how the concept is diminishing these days due to the advent of technology, what made you come up with such a theme?
When I started writing this book, I used to sit in the library of my university in Edinburgh. We had a fantastic library, which overlooked some beautiful hills and a huge public park.  I spent a lot of time there writing and relaxing. I think the idea must have cropped up sometime then. I thought that a library was a good space to work on your mind and learn a lot. More than the time spent in the library, I drew inspiration from Virginia Woolf’s A Room of One’s Own, which talks about the need for private space. I feel that we should all have that kind of space. A place which is just for ourselves and where we can delve in our creative thoughts. 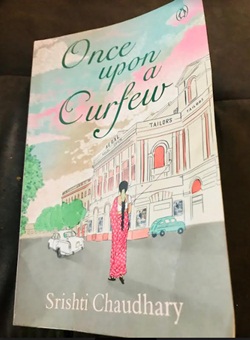 Your book takes us back to the '70s and a crucial time when the Emergency was declared. What kind of research was involved in capturing the authentic instances in your book? Did you interview many people?
Well, I did factual research for a scene. It was basically a Google search about the kind of cameras that people used in the '70s. However, for specifics about an area or a city, I had to dig deep as such details were not available on google. Another important aspect with regards to the camera was to find out what kind of a camera could a classic family in Delhi afford in the 1970s. For this I had to interview people from that era. I also watched movies made in the '70s and made a note of some details that caught my eye. For instance, in the song in Sapno Ki Rani song from the movie Aradhana,I saw Sharmila Tagore travelling alone in a train, reading a book. It isn’t conclusive of course but it made me think subtly that probably women did have the freedom to travel alone even in those days.
Once Upon a Curfew also sees an era where marriage was the ultimate goal for women. Do you feel things have changed and that women have more freedom today?
I feel that women definitely have more freedom to make their own choices today. However, there is a lot more to be achieved with regards to equal rights. Women should be able to make a choice for themselves without succumbing to societal prejudices and pressures. As Robert Frost wrote: "And miles to go before I sleep".
Since the original idea of your book deals with freedom, what does "freedom" mean to you as a writer?
It’s tough to put it in as many words. But for me freedom is the ability and privilege to be able to truly make my own choices, regardless of the demands of society. I should be able to get out of the pressure even if I happen to succumb to it. Like what they say in Game of Thrones: the freedom to make my own mistakes was all I ever wanted!
What more books do you have in the pipeline?
A writer cannot ever stop writing. I am quite excited about my next book, which is again based in India. This time the plot is set around a small town and will showcase the adventures of an unlikely couple. It is still in its early stages.
(Also see: Excerpt from Once Upon a Curfew)
MORE REPORTS