Sharad Bailur is a former banker who moved into corporate communications and worked for three major organisations in both the public and private sectors. He has been an occasional writer for most major publications in India over the last 40 years. Now retired, he lives in Mysore.

In this interview with Swetha Amit, he talks about his book, aspects like cloning and surrogacy and the research involved while penning his book down. 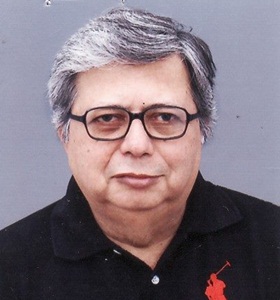 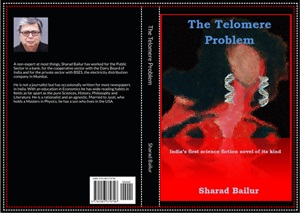 Media frenzy is another aspect subtly showcased in your book. Considering how headlines and rumours are spreading like wildfire, do you think sensible reporting has diminished over the years?
Having been born into the family of a journalist, my views of the profession are coloured by my opinion of journalists that I have formed over my years dealing with the media. I respect writing as a profession – because that calls for a lot of hard reading, something I myself do, even today despite my failing eyesight.
I don’t have much of an opinion about reporting. But what I have seen and experienced over a period of 30 years of exposure to reporters is that they are mostly uneducated beyond being able to put words together to make sentences, never having read anything after college,if at all. But all of them without exception carry a huge chip on their shoulder about their personal exceptionalism. Media frenzy is mostly a sign of today’s electronic journalism — especially on TV where news and information has swiftly degenerated into talk shows and media inquisitions by anchors. Reporting without bias, as far as is possible, has acquired the status of a myth. All reporting is slanted and / or has an ulterior motive, mostly political. And now the corruption of the media has set in with entire newspapers and their owners being bought by political parties.
This is the frightening prospect that the Indian citizen faces: He never gets to read or see anything but slanted “news” and “analysis” in which, “supressio veri; suggestio falsi” is the most common tool employed.
Your other protagonist also faces an identity crisis — something that is common amongst youth who are born in India and raised abroad. What is your take on this?
My son migrated permanently to the US some time back. Both his children were born there. When he went I had warned him of the ABCD (American Born Confused Desi) phenomenon. He took my advice to heart and is now a confirmed American as are the rest of his family members.
The identity crisis issue is genuine and people who go abroad, especially those who accept foreign citizenships, must understand that their first loyalties lie with their adopted country, not with their country of origin. A huge attempt is being made by Hindu citizens of the US in particular to bankroll the election in India of one political party simply because it espouses Hindu supremacy. This amounts to nothing other than trying to control the destinies and future of those living in India by remote control, keeping themselves safe from the consequences of any actions that this party may take. I have a very close friend from our days in college, who is an office bearer of the  Hindu Temple of Maryland in Silver Spring, who is a rabid communalist. I am strongly against such people, even though he is my friend.
It’s interesting how you have woven several themes like love, friendship, Indian film industry and science into a compelling plot. As an author did you face any challenge or fear with regards to losing focus from the main theme?
No. None at all. I had a story to tell. I went about telling it. The science called for some detailed study and I had to confirm my conclusions which could all have been so wrong. But other than that I had no problems.
What are your expectations from this book? Any plans for another one?
My expectations from The Telomere Problem have been modest in the extreme. I enjoyed the adventure of the research and I enjoyed getting lost in the story I was writing as if it was some sort of three dimensional film with all the smells, tastes and thoughts.
Besides, the story I had to tell had nothing very glamorous – no space travel, no space monsters, no violence and no sex.  So I had no expectations from it. Science fiction is a very small niche market and there are far better and more qualified writers than me doing a wonderful job. The sale of this book has been modest. No more than I expected.
But now I am writing for an audience, not just for myself. So from my next two books The Disappearing Adversary and The Disappearing Adversary - Part II, I am looking forward to  a much better response. My first novel Safe Custody has never been published. It is an exercise in alternative history. I hope to do something about it in the latter part of 2019.
I am not a scientist. So the chances of my writing a science fiction novel are slim – or so I thought till very recently. Then a young friend who is just 24 and is an ethical hacker put me in the way of information on Stuxnet and the cyber-attack that destroyed Iran’s uranium gas centrifuges, which produced enriched uranium for use in its nuclear bombs. The attack was supposedly conducted in a collaborative effort between the governments of the US and Israel. True or not, the Stuxnet story was fascinating. So I started digging and collected a lot of information. It forms the third long story in my second volume of The Disappearing Adversary, which I hope to put out via Amazon.com some time in March or April 2019. My friend and mentor Mayank Chhaya is keen that it comes out as soon as possible.
(Also see: Excerpt from The Telomere Problem)
MORE REPORTS