An ode to my grandfather's generation

Sujit saraf has received an engineering degree from IIT Delhi and PhD from Berkeley, California.  He has conducted research for NASA, taught at IIT and worked as a space scientist in California. He also runs Naatak, an Indian theatre company in America for which he writes and directs plays and films. He has authored several books including The Peacock Throne,which was shortlisted for the Encore Prize in London. His third novel The Confession of Sultana Daku has been made into a film.

In this interview with Swetha Amit, Saraf talks about the inspiration behind penning his latest book Harilal & Sons book, the extensive research involved and how it changed his life. 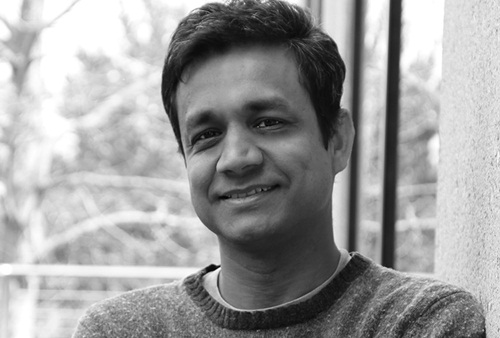 So, what really inspired you to write an interesting and insightful saga like Harilal & Sons?
The idea for this book was conceived 20 years ago.  However, I ended up writing other books while still thinking about this one. It was only in 2007 that I got serious and decided to go about it. I grew up in a conservative home in a small town. It was our foundational belief that the world was in steady, irreversible decline.
My generation represented a degradation — moral and material — over my father's, which represented a similar decline over my grandfather's generation, and so on. Our ancestors had lived in a near-perfect world of strict, and strictly-enforced rules that had now come undone because of world forces — white people, modernity, America and England, and much else that we could not control. The desire to capture this world as it had been, not as it was described to me, was always strong in me. I finally wrote it in 2009-2010.
Set across seven decades, its apparent that a great amount of research has been done while penning this book. Could you tell us more about the process and how long did it take you to compile the data, the people whom you interviewed?
Researching this novel was a delight. Obscure libraries in Kolkata, visits to Rajasthan and Bangladesh, old steel trunks hiding centuries old letters written in Modhia, countless interviews with dying relatives all over India and in Bangladesh. It took years. I located people who vaguely knew him. They remembered Hiralal, my grandpa. They were thrilled that his grandson from America who spoke chaste Marwari was interested in learning about him and the era that he lived in. So, they invited me for dinners and were happy to talk about it. They took me to their jute factories and spoke about how they planned to leave, as the environment in Bangladesh was very hostile at that time.
However, I did toy around with the dates a bit. This is a work of fiction so while some details are accurate, some are not.
Your book deals with setting up a small enterprise, family saga, partition and British era. How did you manage to bring a balance while covering all these topics under one roof without diverting from the main theme? Was it challenging?
I knew that a mere family tale would be of no interest to the wider world unless I situated it in context, and used it to create a "slice of history". So, I wrote a novel wider than my grandfather's life, wider even than his Marwari heritage. The ideas of Brahmacharya, Grihasthya and Vanaprastha do not belong to my grandfather or to Marwaris, or even to Hindus or Indians — they belong, perhaps, to humanity. So, this is a slice of history from a certain period in India, with one man who happens to be Marwari as its protagonist. Once you have determined that a life is to be situated in its times, it is really quite simple to speak of both the man and his times at the same time because the two are, in a sense, the same. 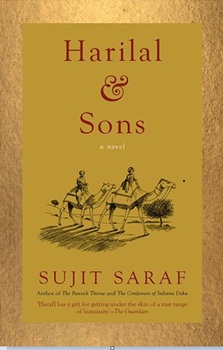 Publisher:Speaking Tiger Price:Rs 699
There is an interesting line in your book where the character Duli Chand says ‘My son will not be anyone’s servant. A man who leaves his own shop to serve in someone else’s is a fool’. While your story was set in 1889, this seems to be redundant in present times, where many are leaving the comfort of corporate jobs and entering the entrepreneurial zone?
That's a line I have heard a hundred times. My father used it on me when he learned, to his horror, that I intended to become an engineer, not a businessman who was "his own master." The small number of relatives who chose not to inherit the family business and went into salaried professions were always harangued with this line. Doctors and lawyers were exempt because the prestige and wealth associated with their professions made them immune to it. But engineers? Why, my father could name countless relatives who employed engineers! And now, I was to be one such servant...   These days, it is perhaps easier to strike out on your own than it was in my grandfather's times. There is better access to capital, which may explain why so many now become entrepreneurs.
Another interesting line in your book states that wealth needs to be accumulated gradually and such wealth is more durable. But today people want fame, success and money too fast and too soon., what is your take on this?
Marwaris have said this for centuries but never really believed in it. I live in Silicon Valley, surrounded by friends who have become unthimaginably wealthy overnight. We made up this virtue that by accumulating wealth slowly is a better way to sustain it. It was also a way of consoling ourselves as we have seen people becoming rich overnight. Sudden wealth is more attractive than gradually accumulated wealth, and that is all there is to it. The rest is moral hokum and sour grapes.
Penning such a book can be a life-altering process. How do you think this has changed you as a writer, or for that matter, as a  person ?
I wrote the book, but the book wrote me. I plan to do with myself what Harilal did with himself, when I reach the age at which he did it. The actual family history is not too dramatic. Almost any family, which is large enough, is bound to have stories comprising resentment, jealousy, skeletons in the closet. I unearthed a few secrets. They were shocking but not out of the ordinary. Most of the book is woven out of my imagination.
The parts of this imagination have changed me in some way. The most important aspect was what Harilal did with his life at 60. In reality, there was no reckoning on the part of my grandfather, which this fictional character in my book does. He begins to enter a phase where he starts to believe that everything he has done was pre-ordained. While penning this aspect down, I too began to wonder about this, and that, sort of, changed my perspective.
Any more books in the pipeline?
I am working on a novel that marries my love of science with my love of literature: a story about the greatest engineering project in history that transforms the earth in ways good and bad, a sort of science-fiction story set not too far into the future.