Journey from darkness to the spotlight

Well-known Marathi writer and social activist Laxman Gaikwad's  literary career commenced with his first Marathi novel Uchalya (The Branded:), a powerful social documentation of the atrocities and agonies endured by the Uchalyas, a tribe branded as criminals by the British. 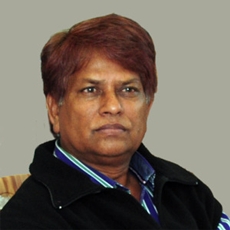 Winner of the Sahitya Akademi Award for 1988, the book is an English translation of Laxman Gaikwad's Uchalya, published in 1987). It has been translated by P A Kolharkar. As an Uchalya, Gaikwad narrates the plight of his community. In doing so he resists the oppressive structures that brand the Uchalyas socially and legally. As the law considers them to be born criminals the Uchalyas are deprived of respectable means of livelihood. So, they thrive on theft, looting and and pick pocketing.

Besides his tryst with the literary world, Gaikwad has also been working for the upliftment of Denotified and Nomadic tribes and also towards achieving a separate commission for the welfare of these communities.

He was a member of the executive board and convenor of Marathi Advisory Board of Sahitya Akademi and president of All India Denotified and Nomadic Tribes, and Member of Sahitya and Sanskriti Mandal.

In this interview with Swetha Amit, Gaikwad talks about his journey from a community of branded criminals to a respected author and his contributions on eradicating prejudices towards his community.

From a community which was branded as criminal to a recipient of the prestigious Sahitya Akademi award, has been a long journey. How would you describe it?
My journey was an extremely cumbersome one as I came from a community, which was branded as thieves and criminals. We were constantly insulted by people. I have endured and seen a lot during my growing up years. There were instances where the police would show up and beat up my family members in the wee hours of the morning. It was only when I got the award in 1989, that I started getting some respect. I found that people would come home all of a sudden and address me as their brother.

Even then I was rebuked by some section of the society who wondered why this guy from a nomadic tribe was getting so much attention. What saddened me was the fact that such statements were coming from the educated classes. But I carried on with my life, worked very hard and wrote my first book. I used to conduct rallies to fight for the rights of my community and promote education. Though things have improved, I am still fighting for my community.

You have undergone severe hardships since your childhood when you were subjected to torture and brutality. Did such instances make you more resilient during your formative years?
Yes it did make me stronger. You see, there are all kinds of people in society. There will be some who will support you and those who will go against you and hurl insults. However I never looked back at those who would rebuke me. I just channelised my energies on what I wanted to do and focused on my tasks ahead-whether it was fighting for the rights of my community or wanting to write my book. 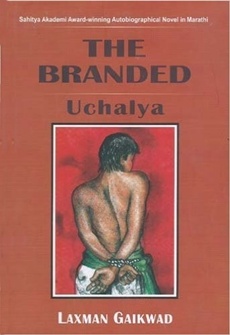 You were the only one to attend school in a community where thievery was a profession for a living. Despite the taunts from your schoolmates,  what prompted you to keep going?
Yes, there were many such incidents. But I knew I had to keep going as I wanted to become somebody who could make a difference. I was quite disturbed by the plight of my community and often wondered why we were forced to steal in order to get one meal to satiate our stomachs. In fact, I even wrote a letter to Indira Gandhi back then asking her the same thing. But I didn't write my address due to the fear of the police coming and harassing my family.

Later in life, I did meet five prime ministers of our country. V.P.Singh was a very good friend and helped me immensely with regards to the rights of my community. Even historian Romila Thappar supported us. Today, I travel around the country to give lectures in universities and colleges. In fact I keep travelling to Manipal Universty to give lectures regularly.

There are instances in your book where some of your relatives were taunted for something that was not their fault. Do you feel that such irrational beliefs still exist in today's times? What do you think can be done to eradicate such age-old beliefs?
Yes it exists in some places today but we are trying to change that. The Jat Panchayat (community council) is the one which inculcates such age-old beliefs like asking women to shave their heads. I strongly believe that such things should be put to an end. Now, with widespread of education, I feel time will gradually eradicate such practices.

You wrote The Branded to create an awareness about the plight of your community, which was subjected to a lot of injustice. Do you feel that your book has made a difference to the treatment meted out and created employment opportunities for your community?
Yes. It has made a huge difference. In fact in Latur, the city where I come from, there are people who drive their own autorickshaws. People from my community who would steal in order to survive, own their own jewellery stores today.

There are also people who run kirana (grocery) stores and some have even become engineers today. People from my community are slowly realising the importance of education and are attending schools and colleges.  Employment opportunities certainly have improved. From a thieving community, they have gradually evolved to being employed in respectable positions such as doctors, engineers and managers.

You have experienced both city and rural life. In the city, you say, you found a lot more sophistication and open mindedness in comparison to the rural areas, which are still caught in darkness and narrow mindedness. How do you see the mind-sets in rural India today especially after the advent of technology?
I definitely see a lot of development and progress in the mind-sets today in rural India due to technology. People are slowly altering their lifestyles and the importance of education is gradually rising.  However as I mentioned earlier, there does exist certain old age beliefs which needs to be abolished and I am sure that will happen in due course of time.

Did you ever think you would became an author? How did it all happen?
Honestly speaking, I never thought I would become a respected writer. I was a mere labourer working in a textile mill. However, I used to read occasionally and my need to highlight the injustice meted out to my community was what propelled me to write my first book. That's how Uchalya-The Branded came into existence.

How can readers avail your books-the translated versions in the English language?
Well my books will be available online. So, readers can avail the copies through sites like Amazon or the Sahitya Academy site.

What kind of books interest you?
I mostly read autobiographies and novels. Unfortunately I could not go beyond 11th and 12th class as I had to shoulder several responsibilities after a point. But I do enjoy reading occasionally.

What are your plans? Any more books?
I have written a lot of books after Uchalya-The Branded such as Vakila Pardhi, Utav and A Swathantra Konasat. I am at present writing a book about Mumbai city. It will take a while before the book is out as I have just started working on it.