Unveiling the mystery behind the mystic jewel 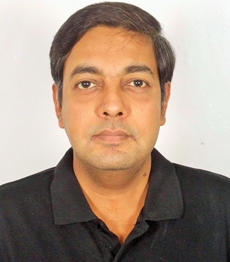 A senior IT professional currently working in Bangalore, Dev Prasad has held senior management positions at various European and American multinational corporations. He is also the author of Krishna: A Journey Through The Lands and Legends of Krishna, which was long-listed for the 2010 Vodafone Crossword Award and Pitch it, (See: Pitch it: parallels between cricket and the corporate) which won the second prize at the prestigious ISTD Book award in 2014.

Pitch it was also shortlisted for the Tata Literature Live! Business Book of the Year Award in 2014. Prasad is a sports buff and keenly follows cricket, badminton, table tennis and chess. He is also passionate about working for underprivileged children. In this interview with Swetha Amit, he talks about his new book The Curse of Surya, his travel experiences to Dwaraka and why the Shyamantaka jewel was sought after by millions.

Why was a corridor built between the Krishna Janmasthan temple and a mosque built by Aurangzeb and where did this lead to? Was the Dwarkadhish Temple in Bet Dwarka Island the former residence of Lord Krishna?

Did a buried city lie below the Arabian Sea, off the Dwarka coast? And finally, the billion-dollar question - was the Shyamantaka Gem, the biggest and most priceless jewel in the world, really lost forever? Was it hidden in Dwarka or Mathura or stolen by the Mughal kings and taken to Afghanistan? Or was it really the same Kohinoor diamond taken away by the British and currently in a museum in UK?

These thoughts continued to haunt me not only when I travelled to these places but even after my first Book was published. It was then that I decided to write a fiction, trying to knit together all these mysterious places and unanswered thoughts. This is how The Curse of Surya was born.

Your book provides a vivid description of Dwaraka, making it a traveller's delight. Were these descriptions based on personal experiences or just in-depth research?
Mainly personal experiences. I made numerous visits to places associated with Lord Krishna - such as Brij Bhoomi in Uttar Pradesh (comprising Mathura, Vrindavan, Gokul, Mahavan, Baldeo, Raval, Barsana, Nandagaon, Madhuvan, Talvan, etc,) and Somnath, Prabhas Patan, Dwarka and Bet Dwarka in Gujarat and Kurukshetra in Haryana.

I had spoken to many local guides and priests and visited countless temples, sarovars, kunds and ghats. All these proved useful for making the places and the legends come alive in The Curse of Surya.

Your book is set in the backdrop of the story of Shyamantaka-a powerful jewel that was associated with ill luck, as per the legend. Despite this trait of the stone, what made millions seek after it in a vigorous manner as described in your book?
As per the popular legend, if the owner of the Shyamantaka gem prays sincerely, the Sun God would bless him / her with 77 kilograms of gold every day! With today's soaring gold prices, that would make the owner of this jewel a billionaire in a year's time!

And it is not in this age and era. The desire to seek Shyamantaka has been in existence since more than 5,000 years - since the time the Sun God gifted it to Satrajit. I guess greed masks a person's ability to think about the consequences.

In the quest of this stone, one sees deceit, murder and treachery come into play. Why does greed tend to overpower basic humanity in such cases? Was the jewel so powerful that it could malign even a good person's heart?
According to Hinduism, there are four eras yugas - Satya Yuga, Treta Yuga, Dwapara Yuga and Kali Yuga. With each passing yuga, deceit, treachery, greed and materialism have increased.

Lord Rama was born in the treta yuga and he was known as Maryada Purushottam. He was able to tackle his enemies by retaining his values and principles.

By the time Lord Krishna was born in the Dwapara Yuga, values and principle had deteriorated. Hence Lord Krishna had to change his approach. He preached in Bhagavad Gita that in a dharma yudha (war for righteousness), it was alright to bend a few rules if they helped protect righteousness.

Now, we are in the fourth and the most deteriorated yuga - the Kali Yuga. With every passing century, ethics and values have degenerated further. If you look at the Mughal history, there are instances of princes who imprisoned or killed their own fathers and uncles to usurp their thrones.

One of the prime reasons for a very long British rule in India was because of the disunity, treachery and betrayal among the Indian princes. There were so many instances where the Indian princes betrayed their own brothers and cousins.

In today's materialistic world, money and power seem to have become the number one priority for everyone. And that leads to greed. When you can't satisfy your desires through fair means, you stoop to deceit and treachery.

India is a land of temples. Hindu religion has thousands of gods and goddesses. We have so many temples dedicated to Goddess Lakshmi (goddess of wealth) and Goddess Shakthi (goddess of power) but hardly any temple of Goddess Saraswati (goddess of knowledge). I guess that sums it up!

In the pursuit of something precious, one tends to blindly trust fellow humans at times only to get betrayed such as in the case of the character of Sangeeta Rao. So would you advice humans to rely on their instinct alone in such instances rather than place blind faith on a stranger?
Do you go by your head or heart? That has been debated since many centuries by leading scientists, psychologists, coaches, trainers and mentors. I don't think there is a ''right'' or a ''wrong'' answer. I am very much a ''heart'' person. The majority of my decisions in my personal and professional life have been taken with my ''gut feel''. However, I also know many individuals who just refuse to take even the simplest of decisions without having sufficient data points and logic.

How would you draw parallels to the hunt of the shyamantaka jewel  to corporate life? Are people merely in the quest for just material gains or do factors like self-actualisation also play a certain role here?
Maslow's Law of Hierarchy has been in existence since the pre-historic days! Even during the era of cavemen, the first desire was to satisfy basic human needs. The desire to help the community came once the basic roti, kapada aur makaan was satisfied. We always had people in each strata of Maslow's Hierarchy. Probably, over the years, the proportion of people in each layer is changing.

In the shymantaka legend, for every Satrajit who was on the lowest level, chasing the famed jewel for its gold generating properties, we had a Lord Krishna at the top who wanted it to be gifted to the emperor so that it would satisfy the financial needs of the entire kingdom. This is true in today's world. If you look at companies like Dell and Microsoft - a few decades ago, their sole aim was to grab market share, increase the top line and improve profitability.

Today, it gives me great joy to see Bill Gates and his wife Melinda actively helping the underprivileged via the Bill & Melinda Gates Foundation. Same is true for Michael & Susan Dell Foundation, the Tatas and the Azim Premji Foundation.I think it is a great example of these top leaders reaching a state of self-actualisation. 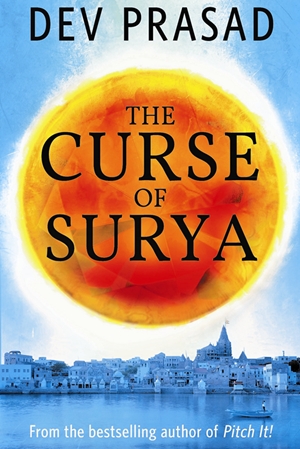 Your book also mentions the two primary characters visiting the submerged Palace of Dwaraka below the sea. Has there been any archaeological evidence of the same in reality?
Definitely. Late Dr. S R  Rao, a leading marine archaeologists in the world had performed extensive research in Dwarka and Indus Valley Civilization. He spent over two decades in a ship off the Dwarka coast. His discovered numerous artefacts belonging to Lord Krishna's Dwarka under the Arabian Sea bed. He found pottery items, seals and other items that date back to the era of Lord Krishna.

He also discovered a buried city that included canals, broken houses, walls, etc. His findings about the holy city of Dwarka also matched with the city's description in ancient scriptures. Most of these artefacts are displayed in the Krishna Museum in Kurukshetra.

There is a rising trend of mythological thrillers hitting the bookstores. What makes The Curse of Surya stand out from the rest?
When I began to evolve the story in 2010, there were hardly any mythological thrillers by Indian authors. However, I decided to write another Book Pitch it! and this one was kept on the backburner. By the time I had begun to start scripting The Curse of Surya, there were many Indian authors writing in the same genre.

One key differentiator of my book is the description of various places and its authenticity. Since I had made numerous visits for my first Book, the description of certain places like Krishna Janmasthan Temple in Mathura, Dwarkadeesh Temple in Dwarka, Panchananda Teerth off Gomti River and Shankodhara Teerth in Bet Dwarka Island are extremely accurate.

The other aspect where the book that stands out is its fast pace. The entire story occurs in 40 hours, involving chases through planes, helicopter, motorboats, cars and trucks across different cities.

What is your next book be based on?
The next book will definitely be in a similar genre. Christianity, perhaps!