A reflection on rural India

Vishwas Patil is the author of the acclaimed Marathi novels Panipat, Sambhaji and Mahanayak  His book Jhadajhadati (A Dirge for the Dammed) was first published in 1992, and has received the Sahitya Akademi award, among many others. It was also nominated for the Raymonds Crossword book award 2014 in the Indian language translation category. 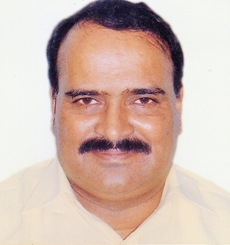 Patil has simultaneously authored the critically acclaimed Not gone with the wind, on successful movie adaptations of literary classics. At present he is working on a new novel Pashanzunj (The Fight against Rocks). In this interview with Swetha Amit, he talks about the impact of rehabilitation on villages, the plight of the villagers and the books that have dealt with similar subjects.

A dirge for the dammed is a work of fiction which talks about the appalling plight of villagers who are ousted from their homes to give way for the construction of a dam. What prompted you to write a book dealing with this sensitive subject?
This takes me back about 20 years when I was posted as a district resettlement officer in Pune. It gave me an opportunity to visit several dams. Some of them were in their initial stages of construction while others had been completed. I found that people in those villages were not compensated and were quite indignant about it.

I recollect one particular instance which took place in June. It was just around the onset of the monsoons and my office had closed for the day. About 30-40 people just barged inside my cabin without obtaining prior permission. My memory is still vivid of one old man, about 75 years of age, who stood there with a stick twisting his white moustache. He looked at me and said that if a lamb is caught in a fire, it is not going to ask anybody in which direction it should jump to save itself.

In that context, he said that their village was surrounded by water from the dam and that they were in a precarious condition.

Such instances with these villagers gradually led to my understanding and empathy with their plight and grief. I felt that they were subjected to heinous conditions and needed a voice to express their views.

Therefore, I decided to be their voice and express these views through my pen. That's how I decided to pen down A Dirge for the Dammed. While it is classified as fiction, the story is actually based on real life events.

Dams are built for a good cause and yet one sees that villagers are forced to give up the lands and homes in the process. How does one attain a fine balance between doing good and bad for the development of society?
The message I have given through my book is that these villagers want to adopt the 'live and let live' philosophy. You see, they are not against the construction of dams as long as they are given their rightful compensation.

Unfortunately, this does not happen and the villagers are left to die in the floods caused by the water from the dam.  So, while they want the dam for the betterment of society, they do not want it at the cost of their own lives. I remember instances where some people were after me to try and take back their land, which was offered for resettlement to some affected villagers. I was appalled by the greed, society displayed at that time.

I strongly believe that if the government can give these ousted villagers good homes, they won't mind giving up their villages. A fine balance can be attained without causing any pain.

Villagers are generally known for their tough stance. But when it comes to their land or homes, they become very emotional and are quite resistant to change.  How do they usually adapt to changes in such a scenario?
They are willing to adapt and adjust if they are provided with alternate settlement in good conditions. You see there are two types of villages. One, the submerged one and the other is the one that benefits.

Now, the village which will benefit from the construction of the dam is expected to provide some alternate settlement for those neighbouring villagers whose homes are destroyed during the construction of the dam, i.e. what are known as the submerged areas. But what happens is that the village that benefits often ends up being unkind to the people coming from these submerged areas.

In fact I have narrated one incident through the character of Haibati in my book who is killed for demanding his right to resettlement. This is actually based on a true incident, which took place near Pandharpur city in the Solapur district of Maharashtra.  In my opinion people, especially from the areas that benefit, should control their greed and learn to make way for those who have sacrificed their homes for the betterment of the neighbouring villages. Unfortunately this doesn't happen and that's where the problem lies.

Now what happens in reality is that many of these officers end up conducting  their site visit on paper only. They don't take the trouble to go through the record and visit these places. In proper acquisition, compensation should be necessarily provided without which there can be no acquisition.

Previously the compensation act was just a state act and now it's become a national act. The issue of land acquisition is also being discussed at great length at the national level. So I am hoping that with some awareness, things should improve in our country. I sincerely hope to see the betterment of society.

Rehabilitation and commercialisation are seen as a threat even in metros today as it means having to give up some open spaces like parks or gardens. But when there are protests by the city dwellers, it seems to have an immediate impact on the government as compared to the protests in the village, which often falls on deaf ears. Why do you think such differentiation occurs?
What happens in cities is that the presence of press reporters and media often makes a huge difference. Sometimes such threats occur in areas where some of the editors or reporters reside.

Therefore the awareness level is quite high in cities. On the contrary the lives of the poor village folk do not get much coverage since they live in remote parts of the country. Therefore they fail to get the publicity and their voices fail to reach the world many a time. When city dwellers protest, it gets huge amount of coverage as the news is splashed all over the media and the government comes under pressure to take some action. 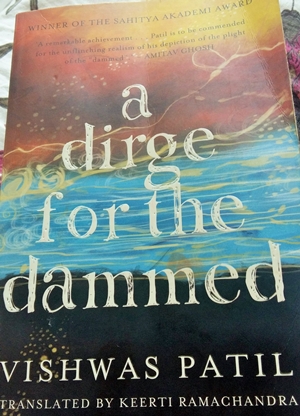 Your book describes how the villagers are denied their rights even after years. Yet, time doesn't seem to deter their spirit to fight for their rights. What keeps them going despite the odds being stacked against them?
I think this fighting spirit is in their blood. They have imbibed lessons from mother nature, which stresses on fighting for their right. It becomes a sort of survival instinct.

If you see some of the characters in my book such as that of Guruji's or Haibati's, they all keep fighting even when they are breathing their last. These villagers draw inspirations from personalities like Dr. Babasaheb Ambedkar and the great Chhatrapati Shivaji Maharaj which helps them to keep up their fighting spirit intact till the very end.

You had written this book as a voice describing the pitiable plight of the villagers. How far do you think your book has made an impact on the society?
I should narrate this incident which occurred about two years ago. I received a phone call one day from an officer friend in Solapur district who was describing his experience with the villagers.  He had gone for an acquisition of a village in relation to a dam site and found the entire village folk gathered there, throwing a volley of questions at him.

They asked him whether he had read Jhadajhadati (the original name of my novel) written by a fellow officer ( referring to me). Apparently they also threatened him by asking him to read the novel before coming for the acquisition. My poor friend was stupefied by their reaction and said I was responsible for providing this torch of aggression to the villagers. I thought that if this is what has happened then my mission of wanting to voice out the plight of the villagers has been accomplished.

Are there any books which are written dealing with a similar theme? If so, which ones have inspired you?
There are quite a few books which have been written on a similar theme. Some of them which I admire include The Grapes of Wrath by John Steinbeck, The Good earth by Pearl.S.Buck and Godaan (The gift of the cow) by Munshi Premchand.

Lastly any plans for your next book? When is it likely to hit the stores?
I am currently working on my next book which is called Pashanzunj (The Fight against Rocks). It should be out in the next 6 months.