Delving deep into the mind of a story teller

Lord Jeffrey Archer is one of the world's best-selling authors whose Kane and Abel, A Prisoner of Birth and Cat O' Nine Tales, have topped the bestseller lists around the world, with sales of over 270 million copies. He is the only author ever to have been a number one bestseller in fiction (18 times), short stories (4 times) and non-fiction (The Prison Diaries).

Forced into writing to revive his fortunes, before becoming an author Lord Archer was a Member of Parliament from 1969 to 74, but resigned due to a financial bankruptcy. Later, the royalties from his best-sellers helped turn his fortunes around.

Known for his wonderful sense of humour, wit and his undying passion for being a master story teller, Lord Archer talks to domain-b's Swetha Amit about his Clifton Chronicles series, his aspirations as a story teller and the books that have inspired him.

The Clifton Chronicles is an extraordinary saga spread over a span of 100 years.  How did you come up with concept and did it turn the way as you had expected it to?
I was around 70 when I decided to write the first of the Clifton Chronicles series. At that time, I needed something to keep myself motivated. I initially planned it to be a five-book series and felt that if I had to write five books in five years, it required immense amount of focus and perseverance on my part. I knew that I had to channelize all my energy into it and concentrate solely on this venture.

During the course of this series, when I was penning down the fifth book, Mightier than the Sword, I realised that the prime characters Harry and Emma were only 50 and 49 years old respectively. Since I couldn't age these characters gracefully in just five books, I had to extend this saga by two more books. So the Clifton Chronicles will now be a seven-series saga. 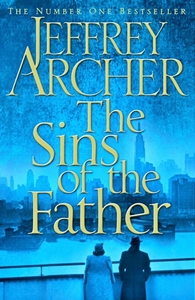 One sees some similar shades of your personality in the character of Harry Clifton. So where would you say this character has been inspired from?
I would say that the prime character of Harry Clifton, whom the Clifton Chronicles is based upon is pretty much autobiographical. I personally see a lot of Harry in me and I see a lot of Emma (Harry's wife) in my wife Mary.  The part of England where I come from also has a lot going on in terms of politics, arts and business, similar to the events described in the books. So yes, a lot of it is inspired from my life.

Did you face any challenges while penning down the Clifton Chronicles?
When I finished penning down the first book of the series, Only time will tell and saw it topping the best-sellers list, I was told that my second book in the series was bound to drop its numbers in the sales charts.

So the challenge I faced here was to ensure that the second book, The Sins of the Father turned out to be a better read than the first one.  The other challenge was to make sure that my readers were happy with the plot. Now that was certainly not easy considering the fact that we were talking about millions of them. I realized that this was going to be an insurmountable task and I could not afford to relax even for a minute. So I took up these challenges rather seriously and that's what kept me going. 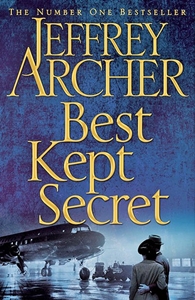 Each part of the series was released with a gap of one year. Did you ever experience the fear of losing your readers' interest?
Of course I did have that fear within me. At times I would just wonder whether anyone would even buy my next book. In fact 10 years ago, I had to considerably wait for long periods to hear whether I was No. 1 on the best sellers list as the concept of pre-orders did not exist.

However, today because of the pre-orders, I am secure of my No 1 position. For instance Kindle had sold 20,000 copies of my books before it came out while books by some of my counterparts / rivals sold only 8,000 copies.

So the world has changed. But that doesn't stop me from being insecure about my next book. I do realize that my next book has got to be better than my previous one in order to ensure that my readers look forward to it eagerly. When my fans come and tell me that they cannot wait for my next book, it makes me really happy.

The characters in your book are seen to display strong emotions such as love, betrayal, ambition, triumph and greed in the background of a complex plot.  So did you find yourself growing as a story teller while penning down this series in the last 5 years? 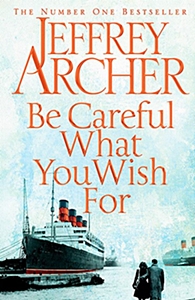 The drama that unfolds in my books are events that are bound to happen in our daily lives. As humans we encounter such emotions at some point in time in the course of our routine.

When you are writing a book dealing with the complexity of such emotions, you tend to find the characters growing along with you.  So with my fifth book, Mightier than the Sword, the characters of Harry, Emma, Giles and the wicked Virginia were very much there the whole time, growing with me.

There were times I wondered if I would ever run out of ideas. Thankfully that didn't happen as the ideas just seemed to grow and get better. I have two more books to finish in order to complete the Clifton series. Now with the outline already done for the  sixth book, I only have one more to go.

Now that you say there will be two more books to the Clifton Chronicles, tell us something more about these upcoming books? 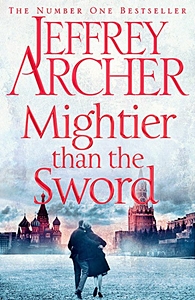 Well I would tell you more if I knew myself. I normally never know where my books are going as I usually just go with the flow of ideas.  But yes you will see the continuity in the characters of Harry, Emma, Giles and the wicked Lady Virginia.

Writing tends to get mentally exhausting. What keeps you constantly inspired and motivated?
What keeps me going is the fear of death. I also have this fear of growing so old that I will be forced to lead a monotonous life of merely watching television and going for my routine walks. In fact my wife often keeps telling me to relax and this is something I just cannot get myself to do. So I will keep writing as long as I can and that's my true passion.

Charles Dickens died while he was in the middle of writing a book. Amidst his writing, he just stood up for a couple of minutes, walked across to the couch and suddenly expired. I cannot think of a better way to depart. I just want to go on writing and prefer to die writing rather than giving it up and taking life easy. 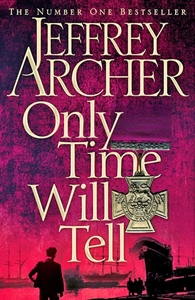 Looking back at your journey as a story teller, did you ever anticipate success when you wrote your first book?
Looking back over the years I still cannot fathom the amount of success that has followed every book.  It feels like an enigma when I walk into a room of a thousand people and hear about the million copies that get sold. It makes me wonder as to why me? Why ahead of every author? Why in India?

Besides that I also have this fear of letting down my readers who wait in eager anticipation for the next book to hit the shelves. I will feel shattered if they come and tell me that the new book wasn't as good as the earlier one.   I suppose it is because I am an aspirational individual that such thoughts occur. However it's this constant contemplation on my part that propels me to keep going with a renewed vigour.

What books have inspired you? Has Indian fiction caught your fancy?
One of my personal favourites is The Count of Monte Cristo by Alexandre Dumas. It was this piece of literature that inspired me to write A Prisoner of Birth. I am also a great admirer of Stefan Zweig's Beware of pity which I personally think is a master piece. An Indian lady had introduced me to this book many years ago.

Amongst the work of Indian fiction, Malgudi Days by RK Narayan is a work of a genius. I rank him number one on my list. Besides him I greatly admire the works of VS Naipaul, Vikram Seth and Salman Rushdie.