The legend of Amrapali: a tale of love, destruction and renunciation 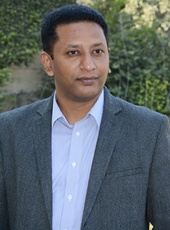 Anurag Anand is a senior manager at Coca Cola India and has worked in marketing and banking, having previously been with HSBC. He has authored several books in the category of self-help, general fiction and historical fiction. His first book, Pillars of Success (2004), a self-help book, was a summation of his learnings from his lectures on personality development delivered as a part of the Youth Development Program of UNES, a Delhi based NGO.

In this interview, he talks to Swetha Amit about his new book based on the story of royal courtesan 'Amrapali', believed to have lived in Vaishli around 500 BC, the reason behind wars and bloodshed and his next book.

Amrapali is an interesting story of how one powerful man's obsession caused mayhem and turmoil. So how did you come up with the idea of writing a book on the same?
I had heard of Amrapali's character and anecdotes from her life in the form of bed-time stories from my grandparents. However, these were mostly independent events, lacking a common thread that could tie them into the story of the legendary courtesan's life. Perhaps the curiosity that had been aroused in my impressionable mind then was still lurking somewhere within my being and once I started writing, her character auto  matically emerged to claim it's due.

I began my research into her life, diving deep into the little available literature from that era. It was during my research that I discovered several missing links in her story – like the underlying reasons for her consent to take up the morally depraved mantle of the Nagarvadhu (Courtesan) – which, if adequately plugged, could form the basis of a fascinating story. And thus emerged the idea of a book!

While writing The legend of Amrapali, did you plan to write a sequel or a series at that time?
I had set out to write The Legend of Amrapali at a time when English readership in India was soaring at an unprecedented pace. One crucial reason for this was the availability of simple and easy-to-read books by indigenous authors. I wanted to ride this wave and reach out to the masses with Amrapali's story. The writing on the wall was therefore clear - the book had to be simply worded and of a length (read: thickness) that would not scare away potential readers. Therefore, while I was preparing the framework of the plot, I became aware that the story of Amrapali could not be contained in a single book and hence we were most certainly looking at a two-book series.

As per the book, Amrapali lost everyone close to her  - her parents, fiancée, godfather and was confined to a cruel twist in destiny. What prompted her to live on and accept this stature of a Nagarvadhu when many would have chosen to give up their lives instead?
Isn't it often said that it is but in the wake of adversities that the true strength of one's character comes to fore? And if anything, Amrapali's was a character that personified strength, resilience and determination. In wake of this, a step such as ending her own life or other such would have been a contrast to her persona.

Moreover, it is an acknowledged fact that in the later years of her life Amrapali found solace in the aegis of Gautama Buddha. In my story too, Amrapali doesn't remain untouched by the atrocities she's made to endure and it is this torment that eventually makes her question the very meaning of life. In short, adversities certainly leave their mark on all our lives, only the designs tend to differ from one individual to the other.

Obsession is a dangerous emotion especially for a leader such as the case of King Manudeva in your book. How do you think one should avoid letting this emotion get the better of them; the result of which would lead to unlawful practices of an organization?
Extremity of everything is dangerous. Especially obsession by its very definition, is an extreme emotion and it clouds rationality. I would of course agree that one should be able to control ones obsession (among several other emotions), but it is often easier said than done. From Ravana's obsession with Sita to Duryodhana's obsession with the throne, we have grown up on stories that are shaped by this very emotion. And not much has changed in the present times either. Be it episodes of acid-attacks by vengeful lovers or gory murders, the newspapers are replete with accounts of incidents fuelled by obsession.

The way to control obsession is by keeping a check on your mind and by meditation. If you condition yourself to rationalize your desires by monitoring them consistently, then this extreme emotion will not get the better of you. 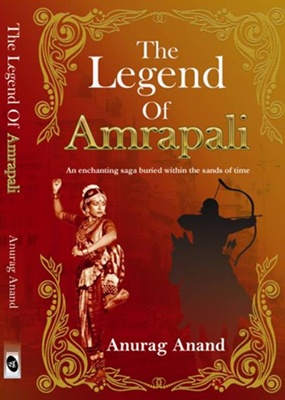 The plot in your books depict immense amount of brutality and ruthlessness. So how does a delicate emotion like romance manage to find its space amidst these warring elements?
I believe that fear and pain are the primal human emotions while emotions like love and romance are only derivatives. Love emerges from the fear of loneliness and being unwanted, which in turn leads to a desire for acceptance. When fulfilled, this very desire manifests itself into a fear of losing the source of such fulfilment, further strengthening the ties or romance and love. So, it is not possibly to segregate emotions like romance and love from brutality and ruthlessness – they necessarily must co-exist. The question therefore is, whether, as an author, I have been able to do justice to both sets of emotions in my work or not. And that is for my readers to gauge.

Referring to the characters of Amrapali or Devdutt, there seems to be a personal motive behind the wars and bloodshed. Do they see such riots as a form of revenge or atonement for one's tumultuous past?
As I have mentioned earlier, our past most definitely leaves an indelible mark on our beings. In case of Devdutt, the atrocities he was made to witness as an adolescent changed his very personality into a reticent and reserved one. And when finally he found an opening, the welled up torment within him came gushing out seeking revenge.

However, Amrapali's case was somewhat divergent. The war between Magadha and Vaishali was not of her doing. She simply found herself in the midst of it, entwined to the point of no return. She had to make a choice between her blessed motherland and the man she had come to love, and this proved to be a cause for further pain and anguish for her.

While making crucial choices in life, the characters in your book are seen to choose loyalty towards their respective kingdom over love. So which do you think is crucial in the decision making process-the mind or the heart?
Some decisions in life are reasonably complex in nature and it is often impossible for those in the throes of it to pick sides. While it may seem that Amrapali chose her loyalty towards Vaishali over her love for Bimbisara, even this decision wasn't entirely black and white. Had she been so certain of her allegiance, she would have reported Bimbisara's true identity to the King as soon as she became privy to it. Instead she opted for a path that, to her mind, was to alleviate the sufferings of her fellow countryman without bringing Bimbisara in harm's way. Yes, she did opt to sacrifice her own relationship with him for the sake of such an outcome, but that was a lesser price to pay in the larger scheme of things.

Lastly, when do we see the next book from you? What will it be about?
I am presently working on a work of contemporary fiction - A love story with a difference, to use the standard cliché! The book should be ready to hit the stands towards the end of 2015.

(See: Excerpt from The Legend of Amrapali )