Deciphering God in the lexicon of a banker

Ravi Subramanian is one of India's leading bestselling authors. Having been a banker earlier, his plots naturally are in the backdrop of the financial services industry. After having worked with Citibank, HSBC, and ANZ Grindlays, Subramanian is now the president of Shriram Housing Finance. He has authored `If God was a Banker', which won the Golden Quill Readers' choice award; The Incredible Banker and Bankrupt, both of which received the Economist Crossword Book Awards in 2012 and 2013, respectively. He is popularly cited as the 'John Grisham of banking'. In this interview, with Swetha Amit, Subramanian talks about his latest novel `God is a Gamer', his interest in Bitcoins and his future plans. 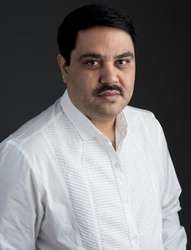 From a banker to an author is quite a transition. What propelled you towards the world of writing?
There were a couple of reasons. The first was to be remembered as an author. Now, if you ask someone who was the CEO of Citibank 10 years ago, nobody will remember. But if you go ask people who was the author of If God Was A Banker, people will remember. I believe that creative arts gives you a life after you are gone. So this desire to be remembered inspired me to start writing.

The second reason was the success of my books and this motivated me to keep writing further. The positive response to my first book - If God Was A Banker - especially ignited the hunger and I started thinking of writing as an alternate profession. It also gave me a new sense of purpose in life.

Also when you are in a senior in a corporate environment, your word is assumed to be final and therefore nobody really questions you. It tends to make you arrogant after a point in time. However when you are an author, you become accountable to everybody reading your book, including a random guy on the street who picks up a copy of your book.  That makes you more humble as you learn to start taking criticism in your stride.

So overall writing not only widens your horizons and perspective, it is also a great leveler and it enables you to evolve as a person.

Most of your books are set in the backdrop of banks. How difficult was it to maintain objectivity while writing on the same theme?
Every author is influenced and inspired by personal experiences. My books are all about personal experiences. My entire 20 years of working experience involved working with bankers and that's what drives these stories.  I have written it from stories, which I have heard, stories from my wife who was also a banker and from close friends.

With regards to objectivity, I have tried to avoid creating a character solely on somebody who is in the banking industry. It's unlikely that a character in my book will completely resemble someone in real life. However, my character would be someone whom people can relate to. The experiences that my character goes through would be similar to what many people have gone through.

At this point in time I am trying to break out of the banking mode. Though my latest book is different, it's still got ATMs and financial services in the background.   I want to move out completely and write a thriller in a completely different set up.  So most probably my next book will not be a banking book.  I also think it's a huge responsibility as you have to deliver a certain quality. So it does put a certain amount of pressure on you. However I would rather deal with the pressure as I certainly don't want to let my readers down. 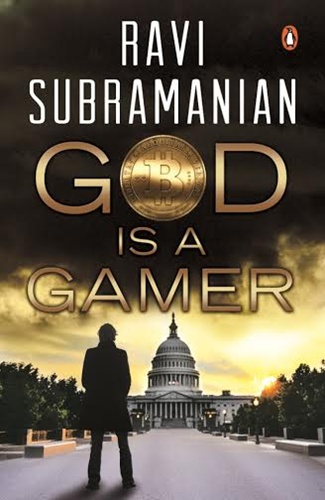 The Bitcoin series belongs to a rather niche genre. How did you come up with this idea?
I had been very interested in bitcoins right from the beginning so I started reading a lot about them.  The fact is that bitcoins are associated with something negative and there is a general perception that they were being used for drugs, money laundering and underhand dealings, etc. So essentially it was only the dark stories that prevailed.

If you look at any thriller, the writer revels mostly in dark stories.  Therefore for me, a bitcoin was a perfect setting for a thriller. Also when I was reading about bitcoins, I was convinced that virtual currencies or bitcoins were the future. Cash will be slowly replaced by virtual currency and the change will be faster than we think it is. So it was this conviction plus my interest in bitcoins which led to this thriller. It was only a matter of time before I started writing it. If I had brought this book out a few years back, it would have been a bit premature as people wouldn't have heard about it.

God Is A Gamer is the first book in the bitcoin series. How many more books are you planning in this series?
It's not a bitcoin series per say. The reason why people think it's a series is because if you look at the book, the key culprit actually escapes.  So while the book concludes with a logical ending, it leaves just that tiny window of opportunity open for me to go and do a sequel to it. Eventually you may have the second and third book coming out. I have not actually planned how many books will comprise this series.  My writing style is very spontaneous, so I usually don't really know more than the next few pages I am going to write on.

'We are all chasing illusory pleasures. Our real wealth is not in our hands' is a line quoted by one of the main characters in God Is A Gamer. Despite many books stresssing this, why do you think people hanker after money to the extent that their other priorities tend to take a back seat?
People chase comforts, which means money. Half the hankering for material stuff comes because of intellectual bankruptcy.  You never see people with high intellect or with evolved thought process going after material gains.  Its only people who are slightly hollow who want material gains to show that they have arrived in life. I guess this is what makes most people hanker after money.

Today, I see a lot of youngsters hankering after money without really building intellectual capability.  It's quite a disaster. If they actually focus on the means rather than the end, they will actually be far better human beings.  The journey is more important than the destination. As they say, nobody is going to count your dollars when you are gone.

You need certain amount of money for security but after that it doesn't really matter. Money does not give you happiness. People tend to work late hours for perks compromising on the quality of life.  What they fail to realise is that after you turn 60, money is futile.  You can't travel too much, or eat too much at that stage. So it is best to enjoy your life, when you are young and healthy.

How do you juggle time between leading a financial services company and an author?
Actually it's not that difficult. Like any other craft, you need to set aside some time and be disciplined about it. You have 24 hours in a day. If you want the 25th hour, it has to come from the 24 hour span. For that, you need to give up something and prioritise as you cannot do everything at the same time. For instance when I am writing a book, I don't socialise too much or watch TV.

Recently someone told me in Delhi that he desperately wanted to write a book and asked me how to make time for it. I asked him if he had a girlfriend to which he answered in the affirmative.  So I told him that just like he sets aside time to meet his girlfriend, he needs to set aside time while writing a book. A book is like a relationship. You're writing effort is your relationship with the book. . Eventually you have to give up something to write a book as you can't have the cake and eat it too. What you give up is up to you and nobody can decide that for you as it's ultimately your call.