An economic consultant to the Confederation of Indian Industries and former banker, Sharmila Kantha has also written several books, including Building India with Partnership: The Story of CII 1895-2005 and India Unlimited: A Corporate Journey, apart from works of fiction and children's picture books. In this interview with Swetha Amit, she talks about her latest book The Big Leap, which tracks the journey of 10 companies since India's economic liberalisation and also outlines India's growth potential

What was the inspiration behind The Big Leap?
The story of Indian business is insufficiently in the public mind and needs to be told to build better understanding of what entrepreneurship entails. CII wanted industry to reach out to the public and this is a part of that outreach. We hope that the book would be of interest to readers outside of the industry.

Industry must take the lead role in driving growth and we have to understand the processes that make this happen. This book is also a contribution to building this understanding and to work out how we can accelerate growth through more reforms with industry as a vital force in this endeavour.

After liberalisation, the Indian economy showed vast improvement in several sectors. Despite this progress, why is it that India is still considered a developing economy?
The development process is slow. Although we have been growing at over 6 per cent for the last two decades, we are starting from a low base. Even then, we have become a $2 trillion economy and per capita incomes are increasing rapidly.

Development is a relative term. We have a long way to go before we reach the middle-income status. In the longer term, India has a number of positive factors that are going to propel growth rates such as high rates of savings and investment, a young workforce and an expanding middle class.

Which areas need reforms to take India further?
The main challenge is to promote entrepreneurship and encourage investments and risk-taking capacity. This can happen with a facilitative and stable policy climate. I think there is a need to build trust between various stakeholders in the economic process including government, civil society and industry. This is not as difficult as it appears since industry responds to business climates.

Adapting to change is a big task. Godrej Industries managed to handle this in a remarkable manner, taking them to great heights. Is it the factor of effective leadership that plays a vital role in such a scenario?
Effective leadership is absolutely central to organisational capability. A firm can respond quickly and decisively when its leadership is able to analyse emerging trends, devise strategies to deal with change and infuse motivation and enthusiasm among employees to meet the challenges.

Leaders must be capable of dynamic action. They should be able to institute change down the entire line of management and workforce in alignment with stated strategies. This is what Godrej was able to do.

ITC faced some tribulations in 1996 when the new chairman took over. This hampered the brand image in a situation where Indian companies were exposed to international competition for the first time. What does it take to rebuild the image of such a company?
The first action is to assure investors that their concerns are being met. This can be done through sustained dialogue and a consultative process of finding solutions.

To build brand image, adherence to quality norms is important so that consumers can find no fault with the products. In the case of ITC, the brand was always strong and it enjoyed the support of all stakeholders.

Do you think a business strategy is more successful with the triple bottom line approach – ie, when its vision is diverted towards the betterment of the environment, society and people rather than solely focusing on profits?
Absolutely. Focus on profits is a narrow business strategy and we can see that companies that do not take into account the concerns of stakeholders are at a disadvantage. Trust-building comes directly from taking a robust triple bottom-line approach.

It is possible to connect profits with the other two pillars, build sustainable processes that are part of usual business operations and also lower costs. We see this time and again. Where the factories are active participants in the community, their operations are simply easier to carry out.

Massification of food items like the pizza across India proved to be a challenge for Jubilant Foodworks Ltd. What contributed to their sustainability the most - their marketing strategy, positioning, cost factor or constant innovation?
It was all of these factors. There are rare organizations that can institute so many factors into their business operations. In the case of pizza, the mind-set of consumers was ready to take on this new aspirational food item. But competitive costing and brand strategy helped to drive the markets.

The interesting aspect is positioning the brand across the country and to make it readily available. So branding was followed up with availability in all sectors. 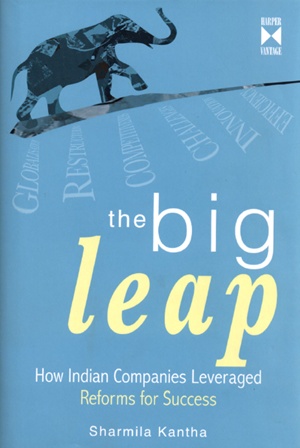 In a competitive environment, there is no second chance as stated in the story of Nivo Enterprises. How do such enterprises resurrect themselves in such a scenario? And does customer sensitivity play a large role in retaining their brand image?
This enterprise played the dual role of providing products at competitive costs, while also following up with an excellent service. It is important for an enterprise to differentiate itself.  And when it has to compete with low-cost imports, it has to provide something that cannot be supplied by overseas sellers.

Nivo was able to innovate on products that consumers needed at the level of technology, and that which was accessible and affordable.

Businesses in India today are far more integrated with international businesses than they were earlier. Do you think this is an advantage, or does it show an excessive dependence of the Indian economy on international counterparts for a better brand value?
Indian business is ahead of the curve when it comes to globalisation. This is evident across areas such as working with overseas partners, outsourcing, accessing funds and technology and overseas operations, whether greenfield or through mergers and acquisitions. This is a vital role that Indian companies play.

In today's geostrategic complexities, much of national strategic influence is derived from a country's economic footprint. It was made possible by a visionary set of policies that viewed Indian companies as capable of dealing with the world and enabled them to interact globally.

At the same time, they ensured that this did not impact India's economic security. In fact, far from being over-dependent on overseas markets, I think Indian brands need to be promoted more aggressively through joint tactics of government and industry.

Can we expect to see more books from Sharmila Kantha in the near future?
I am working with the CII on my next business book which will be on globalisation experiences of Indian companies. HarperCollins India has agreed to publish it.

Also, I have two fiction books in the editing process which are based on middle-class preoccupations in Delhi and are in a crime novel format. So it's going to be an interesting year ahead.