Pallonji Mistry, the India-born billionaire and Irish citizen whose engineering and construction empire is said to have built nearly half of Mumbai besides luxury hotels, stadiums, palaces and factories across Asia, passed away last night at his residence in Mumbai. He was 93. 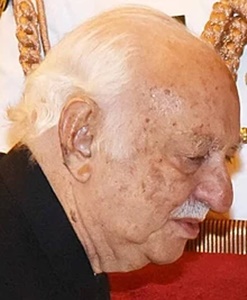 Mistry died peacefully at 0100 hrs in the intervening night between Monday and Tuesday as he was asleep at the family residence in South Mumbai, according to news agency PTI.
He is survived by his wife Patsy,daughters Laila Rustom Jehangir, Aloo Noel Tata, sons Shapoor Mistry and Cyrus Mistry, who briefly succeeded Ratan Tata as chairman of the Tata Group before being ousted by the board in 2016, and their respective families.
The largest individual shareholder in the Tata Group with an 18.4 per cent holding in the conglomerate, Mistry, along with his family, ran the Mumbai-based Shapoorji Pallonji Group.
The group, established in 1865, works across segments such as engineering and construction, infrastructure, real estate, water, energy and financial services, according to its website. Its prestigious projects include the Reserve Bank of India and the Oberoi Hotel in Mumbai and the blue-and-gold Al Alam palace of the Sultan of Oman.
Mistry, who is married to Dublin-born Patsy Perin Dubash, surrendered his Indian nationality and became an Irish citizen in 2003.
Pallonji Shapoorji Mistry was born on 1 June 1929 and did his schooling and college education in Bombay, as it was then called.
He joined his family business, Shapoorji Pallonji & Company Ltd, in 1947 at the relatively young age of 18, under the watchful eyes of his father, Shapoorji Pallonji Mistry. He learned the ropes of the business very quickly, witnessed many ups and downs as the business evolved. He took over the reins of the company in 1975, when his father passed away.
While his father who focused largely on construction and had grown the business manifold over the several decades he was in charge, Pallonji was quick to spot new opportunities that India’s growing economy presented.
Towards the end of the 1960s, Pallonji ventured abroad with construction projects in the Middle East.
Shapoorji Pallonji (SP) established itself as the first Indian construction company to have completed a project abroad after winning a tender to build the Palace of Sultan Qaboos bin Said al Said in Muscat. The palace was opened for visitors in 1975.
The project provided a launch pad for SP to consolidate its presence in the Middle East and foray successfully into Africa, where it has executed several landmark projects such as the Presidential Office of Ghana, the National Assembly of Gambia, and the Ebene IT Park in Mauritius.
Under Pallonji’s chairmanship, the company grew substantially in the later decades of the last century. He also acquired strategic stakes in other companies and brought them within the fold of the SP Group, companies such as Sterling & Wilson, United Motors, Forbes Gokak and Afcons Infrastructure.
Over the years, he served on the boards of several companies and organisations, namely Union Bank of India, W H Brady Group of Companies, The Associated Cement Companies Ltd. of which he was also chairman for several years, and Tata Sons Ltd.
His vast business experience of over 60 years was spread over diverse streams of businesses, from construction to real estate to industry to infrastructure to trading to power generation to information technology and other sectors.
In early 2012, Pallonji stepped down as chairman of Shapoorji Pallonji and Company Pvt Ltd, the operating and holding company of the SP Group, and handed over the chairmanship to his elder son Shapoor Mistry.
In recognition of Pallonji’s enormous contributions to Indian industry and nation building over six decades, he was awarded the Padma Bhushan by the President of India in 2016.
A deeply religious and family man, Pallonji along with his wife Patsy funded and set up a home for senior citizens of The B D Petit Parsee General Hospital, Mumbai in 2006.
MORE REPORTS