Former managing director of Maruti Suzuki India, Jagdish Khattar, passed away this morning following a cardiac arrest, according to people close to him. He was 79, 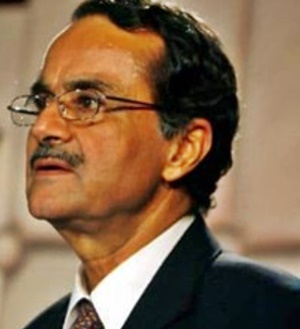 A former bureaucrat, Khattar was considered as one of the most high profile leaders of the Indian automotive industry. He oversaw the transition of Maruti Udyog Ltd from a government controlled entity to the most successful Japanese automobile company in India.
Khattar, who joined the then Maruti Udyog Ltd in July 1993 as director (marketing), went on to become executive director (marketing) in the next six years. He was promoted as joint managing director in 1999, a tumultuous year for Suzuki Motor Company’s Indian venture.
And when the government finally decided to divest its stake in Maruti Udyog in 2002 and transfer its stake to Suzuki Moror Corporation
Born on 18 December 1942, Khattar had a Bachelor's degree from St Stephens' College, and a Bachelor of Law, also from Delhi University, and then a prolific career with the Indian Administrative Service from 1969 to 1993.
Khattar was instrumental in laying the foundation for many new strategic business initiatives and people practices in Maruti Suzuki. New products, including the World Car Swift were launched under his leadership. All these initiatives helped Maruti Suzuki retain its leadership position over the years."
Khattar joined Maruti Udyog Limited in 1993 as director (marketing) and, in 1999, he was appointed managing director.
Khattar was an officer of the Indian Administrative Service (IAS). Before joining Maruti Suzuki, he served as the joint secretary in the union steel ministry and held various administrative positions in the Uttar Pradesh government.
It was Maruti Suzuki chairman R C Bhargava, who persuaded Khattar to leave IAS and join Maruti.
He retired from Maruti in 2007, after which, he set up a multi-brand car sales and service network called Carnation.
By then Maruti Suzuki had become the country's largest carmaker, commanding 50 per cent of the passenger vehicles market in India despite growing competition from global players.
A year after retirement, he founded a multi-brand car service chain, Carnation Auto with backing from many reputed private equity investors, including Premji Invest and Gaja Capital.
However, he could not replicate his success at Maruti Suzuki and his company Carnation Auto India Limited was facing CBI probe for  allegedly causing losses of Rs110 crore to Punjab National Bank (PNB).
Khattar had, however, defended himself stating that an exhaustive independent forensic audit at the behest of the bankers did not find any wrongdoings in the functioning of Carnation Auto.
MORE REPORTS