Japanese Prime Minister Shinzo Abe today announced his resignation citing poor health, ending a long stint at the helm during which he sought to revive growth and bolster the country’s defences, ending decades of pacifist policies. 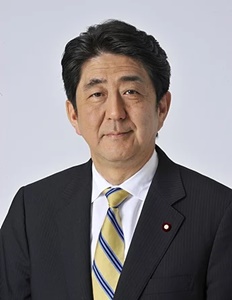 Abe, Japan’s longest-serving premier, said he won’t allow his illness to get in the way of decision making, and apologised to the Japanese people for failing to complete his term in office.
"I apologise to the people of Japan," he said, adding he would "firmly execute my duty to the end" until a replacement was chosen.
The 65-year-old has suffered for many years from ulcerative colitis, an inflammatory bowel disease, but he said his condition had worsened recently.
Last year, he became Japan's longest serving prime minister. His current period in office began in 2012.
Abe did not give any hint of who will take over, rather leaving the decision to his Liberal Democratic Party, which has been in control of the world’s third-biggest economy almost continuously since 1955.
While Chief Cabinet Secretary Yoshihide Suga and Deputy Prime Minister and Finance Minister Taro Aso are considered Abe, observers do not consider them as likely candidates for prime minister in the faction-ridden LDP.
In 2007 he resigned abruptly from an earlier term as prime minister because of his struggles with ulcerative colitis, a chronic condition that he has lived with since he was a teenager.
Abe has a reputation as a staunch conservative and nationalist, and for stimulating growth with his aggressive economic policy known as "Abenomics".
He also bolstered Japan's defences and boosted military spending, but has been unable to revise the constitution's pacifist Article 9, which bans a standing army for anything other than self-defence.
The prime minister said his health started to decline as his ulcerative colitis made a resurgence around the middle of July.
He was now receiving a new treatment for the condition which had to be administered on a regular basis and would not give him enough time to carry out his prime ministerial functions, he added.
He said he could not make any mistakes in terms of important decision making, and therefore had decided to step down.
"I made a judgement I should not continue my job as a prime minister," he said.
"I would like to sincerely apologise to the people of Japan for leaving my post with one year left in my term of office, and amid the coronavirus woes, while various policies are still in the process of being implemented," he added, making a bow.
He also expressed regret at not fulfilling his core pledges - forcing North Korea to return Japanese citizens abducted decades ago; sorting out a territorial dispute with Russia; and overhauling the constitution to give more power to the military.
Abe, who seemed drained and appeared emotional at times, spoke without the use of a teleprompter, which is unusual for him. Rather than addressing prepared questions, the prime minister mostly took questions.
MORE REPORTS